I’ve sat on this post for a long time. It’s a post that started with a dream that became a maelstrom of thoughts. And since the morning of the 27th of October (which was when I entered the dream into my journal), I’ve been turning it over in my head. You see, I want to be clear about this, because this topic is important.

But it may also be difficult for those of you who share my melanin-deficiency.  I do however, ask you to set aside your initial feelings, read with an open heart, and then turn this topic over in your own mind some before reacting.

Because it is not white skin that is under attack here. I do not deny the realities of white privilege or the different lived experiences of oppressed peoples – those things are as plain to me as the nose on my face. But this is about whiteness, why we must not buy into it, and why we must work to free ourselves of it.

Before continuing though, I should probably define what I mean by 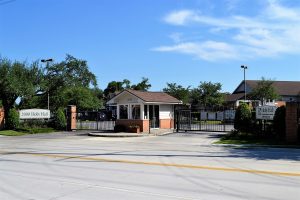 “whiteness” in this post. When I speak of “whiteness”, I speak of a construct that sits in our society like a gated community that limits its entry to those who fit certain criteria. To reiterate, this is not a post about the the intrinsic and innate, of melanin and ancestry. It is a post about a social construct which actively excludes, harms, and which I believe to be completely incompatible with Witchcraft.

A Brief History of the Concept of Whiteness

Before the 17th century, “whiteness” as a concept or racial category didn’t 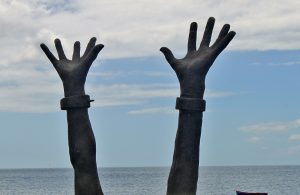 exist. Laws both in the early colonies and Barbados instead focused on religion, setting aside freedoms for Christians and relegating non-Christians to servitude and slavery. However, as times changed and more people of color (both free and enslaved) became Christians, that legal language was changed. The goalposts were moved in order to retain power among the white landowning elite. 1697 saw the passage of the first law that restricted voting rights to only the white [Source].

But whiteness then was not the whiteness we know now; the membership requirements for that gated community have changed again and again, and ethnic groups that are now automatically considered white often found themselves on the outside. They were, according to the thinking of the day, varieties of “lesser” white [Source].

The construct of whiteness as it exists today is inherently a modified version of WASPishness.

Originally coined in 1962 in opposition to the Civil Rights Movement, the term “WASP” stood for “White, Anglo-Saxon, Protestant”. (There’s also some further underlying fuckery with the “Anglo-Saxon” label that further elucidates the intentions of the creators of this term which you can read about here). But the stereotypical WASP is, in a sense, the epitome of the whiteness ideal. It is that which is to be emulated in so far as nature and circumstance will allow if one wishes to gain and retain access to that gated community. The criteria has changed somewhat since the 60s – largely to allow greater buy-in from a greater number of people, but they can be summarized thusly:

And should you catch a glimpse of another worldview, you must not rock the boat.

In short, it should be considered the very anathema of witchcraft. The gated community of whiteness is not a space in which Witchcraft can truly exist, and any attempt to root it within those manicured lawns is not without its betrayals.

The term, “respectability politics” was first articulated in 1992 by Professor Evelyn Brooks Higginbotham in her book Righteous Discontent: The Women’s Movement in the Black Baptist Church, 1880-1920.. It is a tactic of performed compatibility that is undertaken by minority groups in the hope that they are either treated better by the dominant group, or given access to the same benefits. Here too we find our gatekeepers.

People of color are well acquainted with this tactic. It has, after all, been a matter of survival for them. The more a person of color endeavors to make themselves more “respectable” from the perspective of the whiteness construct, the more “acceptable” he or she is considered to be. POCs routinely report code-switching around white coworkers and friends, dressing more ‘white’, emulating white seeming hairstyles, and a whole host of other behaviors that are ultimately designed to coddle white feelings in the hopes of getting thrown a bone.

This is essentially what we Pagans and Witches also do when we reassure the Christians in our lives just how “normal” and “harmless” we are; when we hold up the threefold law as a kind of “See! We’re not really dangerous!”; and when we get into that mindset of seeing it as some kind of “win” to be deemed acceptable enough to be invited to Interfaith meetings.

But what is lost when we do this? What is traded away for the scraps we’re thrown? And what of the value of these scraps? Do we truly believe that these would protect us should the law change tomorrow and allow our active persecution? Gentle people, this is what is known as a “forlorn hope”.

Witches and the Other

It is here though that we come to the real crux of this matter: Witches belong far more to the Other than to any inner, and not only do we belong to it, but we are also driven to interact with it.

The image of the hedge rider is a powerful one here. We do not belong fully to any one world, instead going between and negotiating many, and we’ll always have far more in common with those without than those within. As my friend Morgan says, “the Other is the soul of witchcraft”. They are absolutely correct in this, and for more than one reason.

We’ve always seated our cults and practices in both the between places, and among those who society fails or allows to fall through the cracks. The ancient groves of Diana with their diverse adherents comprised of those who would traditionally be excluded are an old world example of this (Green 53-54), but as Peter Grey demonstrates in Apocalyptic Witchcraft, witchcraft has ever been the tool of the oppressed. To then exclude others in our modern cults because of sexuality/gender/social status/ethnicity – the values of the gated community of whiteness – rather than what they have shown through their actions, is to betray that heritage.

Moreover, when we subscribe to whiteness, we hinder our own interactions with the Other. When you exist within a paradigm within which other humans are not fully human depending on arbitrary and innate qualities, then you have little chance of forming the kind of relationships with non-human persons that are the fuel and soul of Witchcraft. I have already written a little about how our attitudes towards other humans affect how we interact with the Other, and some of the common assumptions that that has led to. You can read about that here, but hopefully my point is made.

There is no Witchcraft without the Other, because no matter how much Witchcraft is made increasingly safe and removed from its beating core of inspirited dark nights and heart-pounding experiences, that is what Witchcraft has always been and always will be. It will always be about partnerships with the Other, be that Other the elves spoken of Isobel Gowdie, and referred to as far back as the Old English magico-medical manuals, or the Ov of the Witch of Endor. You cannot replace that with whitewashed bullshit that exists to make the practitioner feel good as a form of edgy self-help.

Witchcraft is service.
It’s not safe.
It’s hard.
It takes work.
And it sure as shit isn’t compatible with whiteness.

If anything, whiteness and the respectability politics it demands for bare scraps of “acceptance” is a Witchcraft-killer, and that is by design rather than accident.

So please, dear people, think about where you stand and what you espouse. 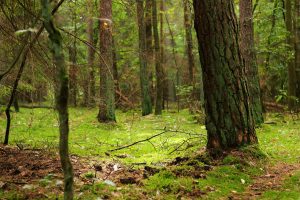 Think about the voices you listen to and the voices you give space to and elevate (here’s a good video by the amazing Benebell Wen about that very thing). Rock that damn boat, use your voice to argue for destroying those gates, make an effort to learn about how things are outside those gates, and make damn sure you don’t erect the same gates in your Pagan and Witch communities. In other words, return to the groves, the Other, and your human siblings.