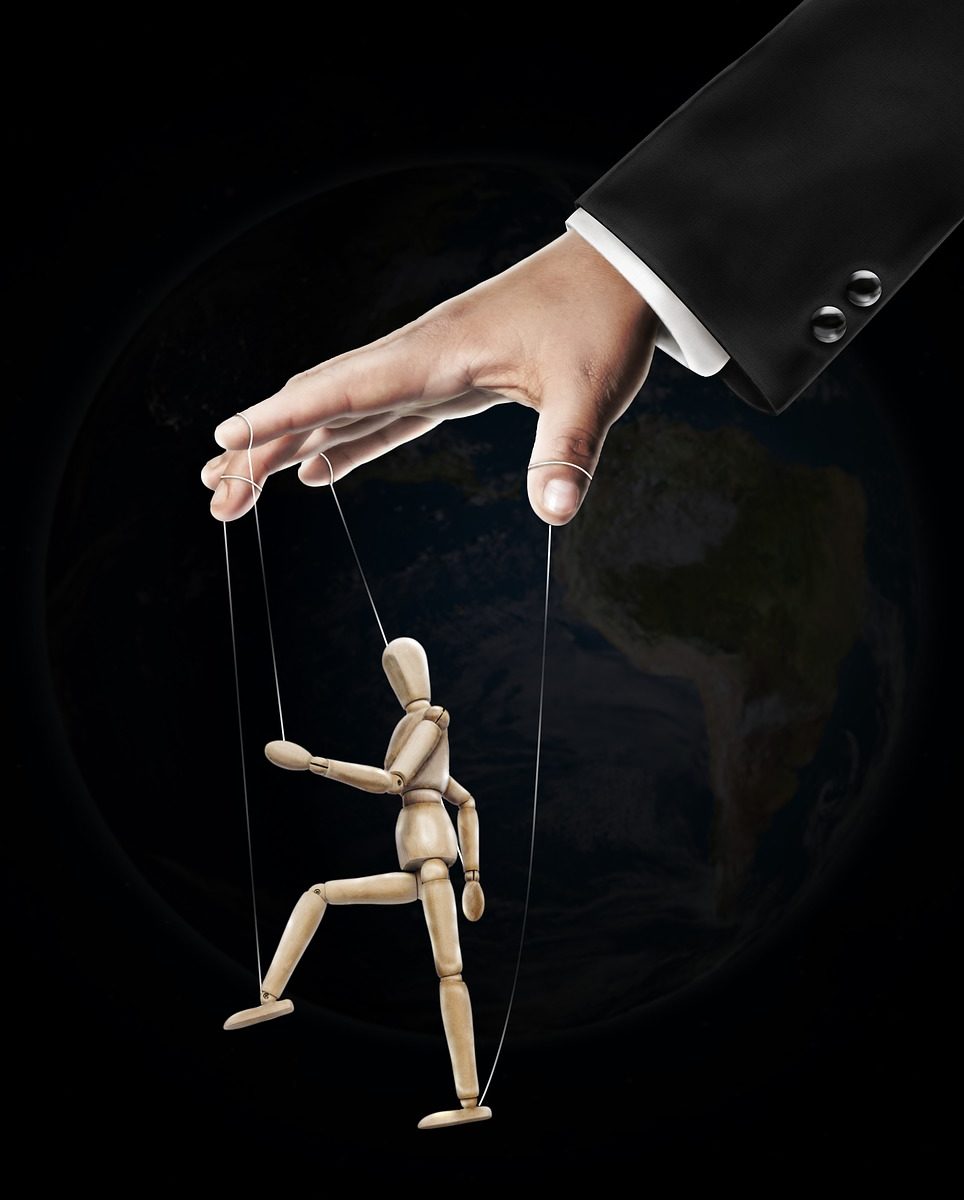 A specter is stalking Europe. Well, not just Europe really, it’s pestering the whole bloody world. It often goes unnamed, though we can all point to its effects, and has been credited with everything from the 2008 financial crash and decline of public health and education, to the epidemic of loneliness.

This specter does have a name though; shall I name it?

It is none other than “neoliberalism”, and I guarantee that this poisonous ideology is currently fucking up a spiritual practice near you.

Neoliberalism is one of those terms that is difficult to define, and despite its early proponents happily referring to themselves as neoliberals, is a term seldom heard nowadays, even as the ideology has rooted and solidified.

It started, as with many things, with a group of people thinking they’d found a better way. Collectivism is a force that can either be exceedingly positive or 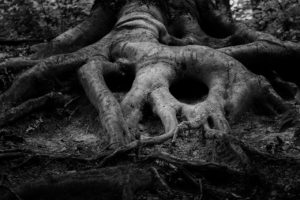 exceedingly terrifying; and the earliest proponents – two Austrian exiles attending a meeting in late 1930s Paris had certainly seen plenty of the exceedingly terrifying. So it’s not hard to understand their aversion to anything that smacked of collectivism. I do not mean to paint these men with too much sympathy though, and the reasons for this will become clearer as I go on.

What began as a term coined during a meeting of minds in the City of Lights would coalesce into theory in 1944 when Hayek published his book The Road to Serfdom in which he argued that government planning not only crushed individualism, but would eventually lead to totalitarianism. This unsurprisingly caught the attention of some extremely wealthy individuals who saw in this ideology the potential for both limitless profit and an escape from taxation.

So it’s no surprise that when Hayek founded the Mont Pelerin Society in 1947 – the world’s first organization dedicated to spreading neoliberal ideology – he did so with the backing of multiple millionaires.

Hayek went on to create a transatlantic network of supporters, and his rich backers put their money towards a series of organizations with names that some of you might recognize such as the Cato Institute, the Heritage Foundation, the Institute For Economic Affairs, the Center for Policy Studies, and the Adam Smith institute.

As time went on, the movement changed and gained new thought leaders such as Milton Friedman. It was also around this time that the term “neoliberal” curiously all but disappeared as a self-identifier – or indeed from public discourse.

But no one was paying attention to that back then – Keynesian economics that emphasized the social contract were in vogue, and so the neoliberal leviathan slept.

The 70s brought with them economic crisis and the old Keynesian policies were struggling to keep up. This was when neoliberalism popped up again with all the enthusiasm of Internet Explorer when you accidentally hit the wrong icon at the bottom of the screen. Except with you know…a weird illuminati vibe.

1979 and 1980 were big years for neoliberalism – or rather the ideology that was now curiously unnamed. Key proponents of the ideology swept to power in both the US and the UK and set about following Hayek’s prescription to the 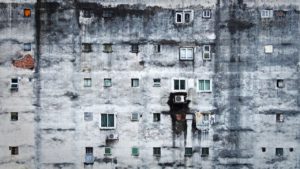 letter. Deregulation was pushed so as not to impact the efficiency of industry. Public health and education were privatized and dismantled as much as possible. Special efforts were taken to break the collectivism of the trade unions (and the threat they posed to the neoliberal agenda). And all the while, the rich got to divide up and profit off everything that was outsourced and privatized – all with increasingly egregious tax breaks of course.

And that is the world we now find ourselves in, kids! That

A world in which money buys freedom and political voice while the vote and wages of the average citizen decrease in value. In which the earth itself is sacrificed for profit, and people are kept docile by endless consumerism and entertainment. (Or as the Romans liked to call it, bread and circuses.)

But hey, “you can have it your way”, “you’re free”, this isn’t really the road to serfdom.

“Consumerism is the opium of the masses…along with well, illegally acquired prescription narcotics.”
– Me

But what in the Sam Harris does any of this have to do with your spirituality, and how is probably fucking it all up for you? Well, I’m glad you didn’t ask, because I’m going to tell you anyway.

In my last post, I wrote about consensus and how it affects perception. Well neoliberalism is a huge part of the consensus reality we live in, and it guards its 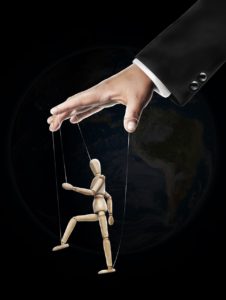 position fiercely. How often is it presented as being the only option (and the only alternatives presented as being either Nazism or Communism)? Think about that for a second. Does it really make sense that out of however many years humans have populated the earth in all of our countless cultural variations, this (or Nazism or Communism) is the only feasible option for forever?

Of course it doesn’t, and yet we can barely imagine actual alternatives.

So it only makes sense that as such a key part of the consensus, its influence on your spirituality is significant.

This influence can be seen in two main ways.

Firstly (and most obviously), you can see its influence in the commodification of spirituality. I’ve written about this before, but how many of us buy occult tchotchke like it’s some kind of super special thing that’s going to fix/provide greater connection with/protect us from ______ like right now? And if we’re honest with ourselves, most of the time we don’t need that shit. That’s not to say that you shouldn’t buy pretty arcane things if you have the cash, just don’t kid yourself that it’s anything other than something you just like.

We see this commodification in courses as well, or rather the forms they take, and this is especially prevalent in the “shamanism” courses. Now there are some excellent courses out there that are presenting information as wholly and authentically as possible, but there are many that are basically taking lots of very complex things and simplifying (or outright editing and distorting) them to make them more accessible for predominantly white American audiences.

The second way in which we see the influence of neoliberalism in spirituality is in the cult of the individual. Remember that old neoliberal grudge against any form of collectivism? Yeah, that plays out in your spirituality too.

We live in a world in which staunch individualism and the ability to get by on your own are seen as virtues. Like the tax burden, the solving of problems (regardless of the root cause or capacity), has been shifted to individuals (preferably in a way that does not in any way burden productivity in terms of time and cost).

Have a terrible job that barely pays you enough to live? Here! Take this mindfulness prescription! Go fix it with this commodified, soulless version of a

See what I mean? This focus on the individual has given us a necessary extra job that nobody wanted: ‘self-care’.

And you know, we talk about spiritual bypassing a lot in the Pagan community. Of course, it’s always in terms of the behaviors of individuals within our respective communities. But is it any surprise that these behaviors exist when corporations and society at large push what amounts to spiritual bypassing in order to get people to focus on something other than their shitty life situations (and more importantly, the things that are causing them)?

Interestingly, the term “spiritual bypassing” first appeared in the early 80s. Funny that.

Which brings me to the question of motivation for spiritual activity. What motivates you? Because if you sit with that question and you come up with what essentially boils down to self-care, then your motivations may need a little work.

Having the right motivation for spiritual practice is an incredibly important yet under-discussed (at least among Pagans) thing. Proceed with the wrong motivation and you either burn out when things become difficult, or it becomes limiting. But if you proceed with the right motivation, then it can both sustain your practice when things become hard, and present a limitless array of possibilities.

Motivation that is essentially self-care generally falls into the first category, because (and this is especially the case with paradigms that are very different from what we know in our day to day lives) it can all too easily become a form of escapism. A therapeutic religious LARP, if you will. When this occurs, spirituality is no longer whole-making. It is no longer something that connects us to our lives in a more authentic way, and rather than chasing the real, it becomes an exercise in avoiding the misery.

In my next (Tuesday) post, I’m going to take a look at ways in which we can free ourselves and our practices from neoliberal ideology. Sounds like a tall order? Well, nothing is too tall if enough people are working together – just ask that Yahweh one about Babel.