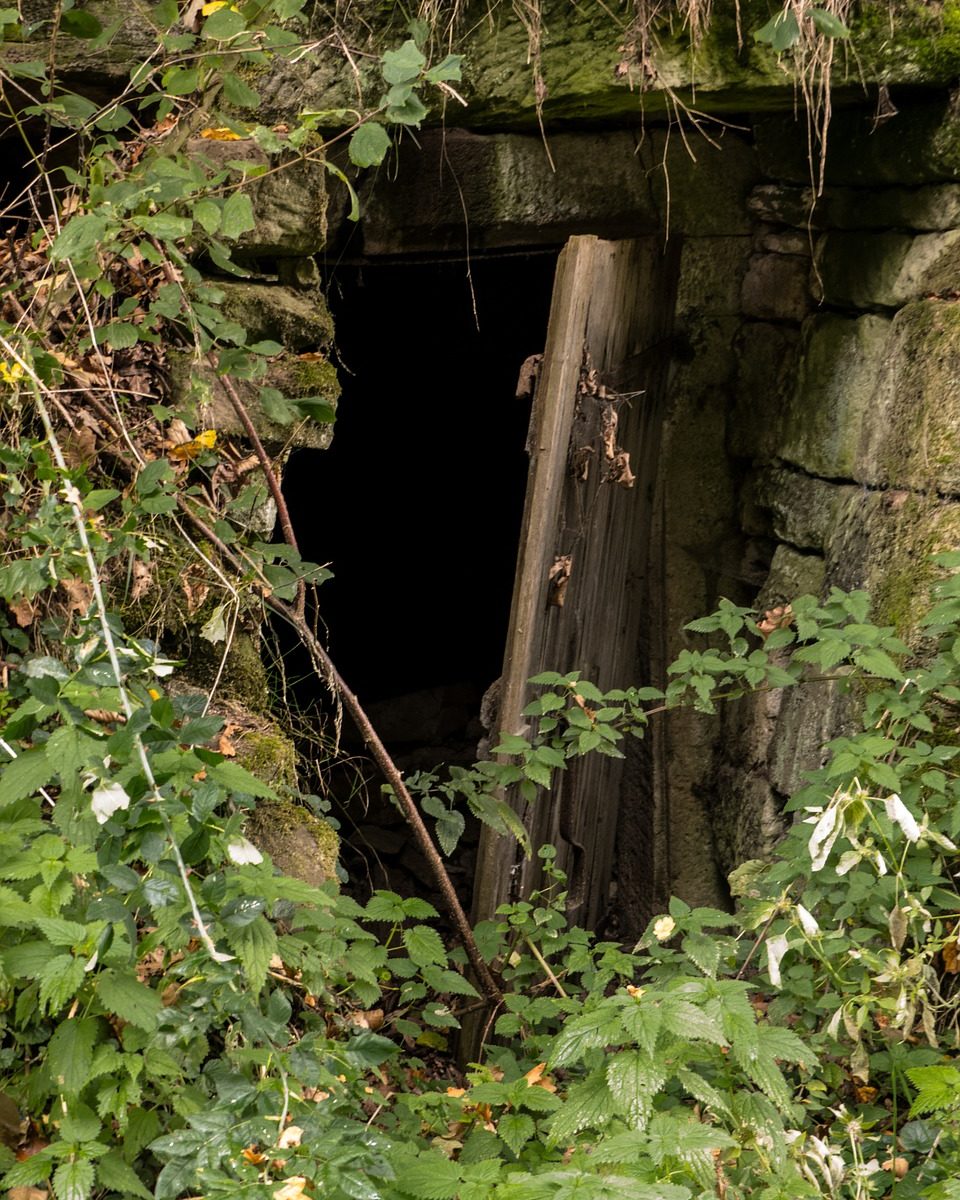 Introduction To Ranting About Doorways

Doorways are interesting things, and in my opinion, they’re also rather underrated and underused in modern magic. Well, at least from what I’ve seen

anyway. Which you know, considering that I’m the kind of person to either work in ridiculously niche groups or alone, that’s not saying a whole lot. I mean, for all I know, you’re all rocking the doorway-thing, and it’s way bigger among the cool kids than St Cyprian was a few years ago.

(Please tell me this is true?)

But things were quite different in Heathen period Northwestern Europe. For one thing, they didn’t have the internet to start massive “witch wars” on. Nor did they have convenient sandwich makers upon which to create endless grilled cheese sandwiches to get fat on.

Life was just different back then.

One thing they did have though, was burial mounds. Yes, wonderful, boob-shaped containers for the dead. (Or pudendas. Honestly, whichever junk-based imagery you like best is good here).

And some of those wonderful bosoms of final doom also have what appear to have been post holes in front of them. Or more specifically, post holes for (most likely) doorways.

Now this may sound like completely irrelevant bollocks, but it’s  not, and to find out why, you need to stick with me through a minor detour.

So, these pudendas of death didn’t just have post holes. No, some of them also have what appear to have been ditches. And moreover, pollen analysis of some of those ditches demonstrates that they used to be filled with water for at least part of the year. This would have turned these mounds into temporary, de-facto islands of the dead.

When you factor in the amount of European death lore that describes the dead crossing over water of some kind to the afterlife, it’s not hard to see the applications for all kinds of dead-related activities here.

The point I’m making with this digression?

YAY!!!! The Return of the Original Point!

Now, a bunch of post holes wouldn’t really be anything, and we wouldn’t necessarily guessing that they’re door posts were it not for a continuous thread of ritual doorpost usage connected with the dead.

Moving forward in time to the Viking Age (you know, that time period all the

bros like to fap off over), you have the doorway burials of the Viking age. You see, some folks back then would actually bury the people they wanted to stick around post mortem in the doorways of their homes.

Well, there’s nothing like  keeping the family together, amirite?

As you might expect though, this backfired sometimes. Most usually when the person you unwisely decided to give visitation rights to was a raging dick in life. You see, rule number one of ‘Necromancy Club’ is that a rabid cockwomble in life is sure to be a rabid cockwomble in death.  People don’t just automatically become wise and loving ancestors; there’s a process for that in most cultures that still have coherent ancestor cults.  Unfortunately, most of us in modern WEIRD Pagan communities come from cultures where the death rites were taken over by some imperialist death cult that worships a dead dude on a torture/execution device. So, to say that our ideas on all of the above can be a little fucked up and unhealthy is something of an understatement.

They were a thing in the foul arte of necromancy back in the day. (Although to be fair, it was probably just called “going to ask Aunt Guðrún about that there thing we were talking about”.)

“Wake aunt Guðrún, wake auntie good.
At the back door I call you (to ask you where our fucking sheep went)”

And she’d bitch you out, call you crazy, and then tell you want you need to know. That’s a filch of an actual invocation btw. It’s from Svipdagsmal, and yes, it mentions doors.

Aye, so doorways are interesting things. To stand between doorposts is to be neither in nor out, neither here nor there. It is to stand in a liminal place in which things may be seen, and through which things may pass (albeit when engineered a little bit…)

One of the best things about doorways too is their availability, so you don’t need to drop a load of cows or bling on obtaining fancy schmancy stuff. Because if you don’t have any kind of doorways and don’t have access to some woods where you can create arches in the trees to work in, then you’re probably a fair way up shit creek and should be working on other stuff first.

So yeah…give it a go.

The first time I tranced in a doorway, my garden filled with mist, a storm blew in, and I heard screams on the wind. I’m not claiming the storm here, but to hear the screaming on the winds of a storm that had taken lives on its way across the land before hitting my area? Would I have heard them had I not been trancing in a doorway? Who knows! But still. Doorways are useful things in magic, and they have the benefit of being easy to get out of if things become a bit much.

Don’t like seeing what you’re seeing? Go in and close the door. Make sure your wards are awesome. Good times!

Well, that’s it for me today. I’m currently in the middle of packing for going to Iceland where I’ll be co-hosting this trip with Morgan Daimler!