When I first saw the whole Sephora “witch kit” thing on social media, I had roughly three thoughts:

“Huh, that’s not a bad price! Wonder what those perfumes smell like.” 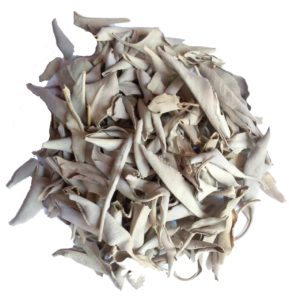 “Ugh, white sage…”
“I bet this is going to piss some people off.”

Now 2018 might be an utter shitshow in that “Hold my beer, 2016!” kinda way, but it’s sort of nice to know we still have some constants, you know? And a tacky ‘witch kit’ created by Pinrose and being flogged by Sephora enraging a whole bunch of people for largely nebulous reasons has been that constant in this case.

(Thank you, Internet. I love you too.)

But that’s not to say that there aren’t real reasons to give a shit about this Pinrose/Sephora foray into (Basic?) Witchcraft. For starters, there are valid criticisms surrounding the inclusion of white sage in these kits from both appropriation and sustainability standpoints. Then there was the booklet (which I haven’t seen), apparently it also contains appropriative bullshit (because I guess they were going for a theme here?).

So you know, real reasons.

But also a lot of nebulous feelings based in “exploitation” and even “appropriation” (which is a little rich considering how much white Pagans take from marginalized peoples and you know…appropriate the shit out of it).

Some of it, undoubtedly, also comes down to gatekeeping, which is handy, because that’s exactly what I want to talk about today!

Louis: I am The Keymaster!

Dana Barrett: I am The Gatekeeper!
Ghostbusters 1984

Our communities are filled with gatekeepers of various kinds, operating under various motivations. In Heathenry, we tend to deal with a form of gatekeeping based in the heritage of adherents. Because for some assholes (usually the kind who rage against “miscegenation” while ignoring the fact that historically, white boys haven’t had a whole lot of issues with that as long as it was the product of them getting their rape on), that’s a thing.

It’s a dumb thing, but it’s still a thing for them. Those are the gatekeepers we’re downright infamous for, but they’re far from the only kind.

Recently, The Wild Hunt covered (badly, like really badly), the story of the “Pussy Church of TERFy doom” (or whatever the fuck those lot are called). This again, is another form of gatekeeping. genital gatekeeping. With doxxing, and what looks like a nascent tithing system.

But gatekeeping isn’t just the domain of fuckernutters who essentially just want to discriminate under some pseudo-spiritual guise. There are other, more well-intentioned forms of gatekeeping too. You know the kind of thing – the preventing or discouraging of people from trying forms of magic that are considered (either rightly or wrongly) to be dangerous.

Will the Real Gatekeepers Please Stand Up?

Now, my views on danger in the Craft are probably well known by now. This shit isn’t safe. I would even go as far as to say that if you’re doing something real then this is all managed risk anyway. Forget “safe”. When you’re dealing with numinous beings with agency that are actually *real* (as opposed to being some feel good imaginary friends), “safe” isn’t really a guarantee.

Which brings me to who I consider the real gatekeepers to be.

When we think of a tradition or practice, we often only think of it in terms of the human side of things, and forget that there is also the numinous side of the equation to take into account. But what is any tradition or magical practice without its numinous powers?

Those of you who’ve tried scrying both with and without summoning the spirits into the water will know the answer to this one.

The answer is “lacking”.

The Other (regardless of what form it takes) is integral to the practice of witchcraft. And for as much personal power and raw talent as we can bring to the game, it’s nothing compared to what they can gift us.

Here is where we come to the crux of the matter.

Because ultimately, it’s the numinous beings who matter, these are the real gatekeepers here, and ideally, we humans work in concert with them. It’s not for us to do the accepting based on whether or not someone has the right training or got their start via some tacky ‘witch kit’. (Or from watching The Craft! What up, 90s witches! I see you!) The real test is when we bring them, or they themselves stand before the powers with whom we work.

For some people though, the gatekeeping they practice is a matter of responsibility to the wider community. They believe in restricting information to certain practices in order to keep people safe. However, this tends to have the unfortunate side effect of stifling growth and keeping people in the shallow end of the pool.

Let me explain a little.

The vast majority of us come from broken or simply newly created traditions. Now let’s be honest here, our magical technologies need an assload of work, and the bar for what we believe magic can do needs raising. Don’t see what I’m saying here? Check out the kind of operations contained in the Greek Magical Papyri and grimoires! Check out reports from cultures from outside our WEIRD society! Are we anywhere near that level?

I don’t think so. Again, I can’t help but think of what I’ve seen from “Core Shamans” here in the States versus what I’ve experienced at Mudang shrines in Korea. And if you’ve ever gotten off a mountain path to allow a God-as-solid-block-of-wind to pass on his way to a shrine to possess a Mudang, then you’ll understand what I’m saying here.

But you see, we’re not going to get there if we’re hiding people’s adult pants and dousing them with water so they can’t get their fingers burned. At some

point, once the caveats have been given and understood, you just have to get out of the way and let the chips fall where they may.

Because we live in interesting times now. Okay, so it may often feel like we’re dancing upon the edge of a great precipice, but we shouldn’t forget that these are also times of great potential and growth. How many of us are having more common and intense experiences with the Other now? How many folks have you come across that don’t normally encounter anything but are telling wide-eyed stories of things that “couldn’t possibly happen”?

I would suggest that perhaps we are living in a time when things are becoming steadily re-enchanted (and how many of us have been wanting that to happen?). And if that is the case, then surely that re-enchantment would bring with it the potential for greater magic? We just need to remember what it is ‘to dare’ first.