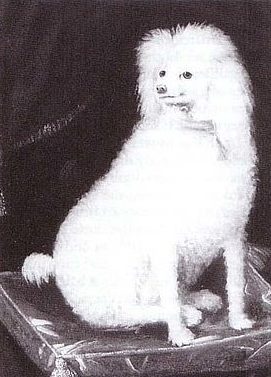 Over the past few weeks, we’ve been on an epic journey. We’ve taken a look at the evidence for hierarchies among grimoire spirits and fairies alike, and discussed agency, anthropocentrism, and to a small degree, colonialism too. We’ve also examined the different kinds of reciprocal relationships, spiritual authority, the role of piety, and finally took a brief tour through the history of magic wands.

This week, I’m coming back to a topic that should be a lot more familiar to everyone (pun intended): the witch’s familiar.

The witch’s familiar is an ancient phenomenon, though the most commonly held ideas surrounding them seem to owe more to Early Modern Britain. Simply put, a familiar was a form of spirit helper with which the witch or cunning person held a certain kind of relationship. The kinds of familiars possessed by both cunning folk and witches differed too, with the familiars associated with “Cunning Folk” being more of fairy, and those associated with witches being

more demonic. It is the latter form that is the most recognizable today (Wilby 2005).

Unlike period descriptions of encounters with the dead, the fairy or demon familiars are described in stunningly naturalistic terms – they’re as real-looking as you or I. They were of vivid color, and animation and sound. But that’s not to say that they were “really” just the pets of people who looked a little “witchy”; it’s one thing to assume the shape of a thing, and quite another to actually be that thing. 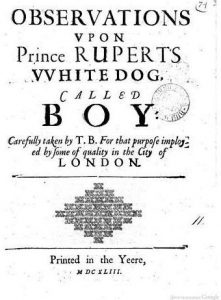 Having said that though, there were cases in which the pets of people suspected of witchcraft also shared the fates of their owners. But witch crazes are nothing if not illogical, let’s not mistake misplaced bloodlust for authenticity.

However, while the majority of accounts depict a person coming across the spirit that would become their familiar in a spontaneous way, there were ways in which familiar spirits could also be acquired. For example, one might petition a condemned person to return and serve as your familiar as in the case of Mary Parish’s familiar, a one George Whitmore (Cummins 2017 “The Rain Will Make a Door III”). In other cases, one could gain a familiar by somehow encountering fairy royalty and showing them the proper respect thus acquiring a familiar as a gift. Alternatively, you might acquire a familiar as a gift from another witch – most commonly a family member (Wilby 2005). And lastly, if none of those methods were available to you, you could always try petitioning a demon such as the Verum demon Sustugriel who was reputed to ”give good familiars” (Stratton-Kent 2010).

(About that fairy and devil/demon crossover? You might want to read this piece by Fairy in a Human Suit, Morgan Daimler.)

As I said above though, the Early Modern familiar is simply just the most well-known form of spirit helper. The fact 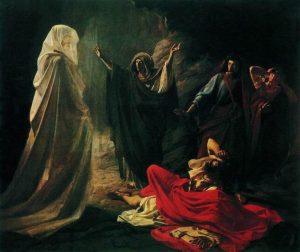 of the matter is that magical practitioners have been finding helping spirits and making pacts with them for a very, very long time. And like wands, familiars traverse a wide range of different cultures (albeit under different names – obviously).

The earliest account of what might be recognized as a familiar is the ob (pronounced “ov”) of the biblical Witch of Endor. The ob was both a spirit “of the dead or minor underworld deity that “speaks from the earth in whispering voices”, and an object of worship whose spirit can enter into a human and reside within them (Barrabbas 2017). In other words, to have a familiar is to be possessed by a familiar (something which I will speak of more towards the end of this post).

Among the Greeks, we find the parhedros who fulfills a similar function to that of the ob and the familiar. Given that the Greek Magical Papyri begins with ways in which to acquire a parhedros, we have to assume that they were considered an integral part of performing magic (Skinner 2014). Moreover, like their Hebrew counterparts, there is also the aspect of worshiping objects associated with the paredros. For those of you who are interested in the idea of performing one of these paredros rituals, it bears mentioning that those early methods of acquisition require blood sacrifice. Far less bloody to summon a demon in this case!

Moving over to Heathen period Northern Europe now, we find evidence that witches partnered with elves in order to perform their magic. Alaric Hall argues that rather than being the result of attacks by elves, the phenomenon of elfshot was more likely curses thrown by elf-empowered witches (Hall 2001). This is where we find our way back to 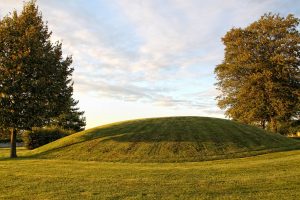 Wilby’s period of study. Hall traces a pattern of witches working with mound-connected elves from the tenth century Old English magico-medical charm Wið Færstice and term ælfs?den (literally “elf-Seiðr”, or “elf-magic”); to Martin Luther’s account of being “shot” by a neighborhood witch; and finally to Isobel Gowdie’s accounts of encountering the Queen of Elfhame in a mound and seeing elves fashioning the shot. I personally take it somewhat further and point to the portrayal of Frey and Freyja in the Ynglingasaga. Freyja as the sacrificial priestess (and as we know, goddess associated with the form of magic known as “Seiðr”) ends up overseeing the cult to her brother, Freyr (who is associated with elves), even as he lies in the burial mound. The people bring offerings to the mound for peace and good seasons, and so even in death, he possesses a power that his sister does not.

Equally, elves were also associated with possessory divinatory trances that may have resembled or been confused with epileptic fits (Hall 2001), and so here too we find the possessory aspect of the ob.

The themes of hierarchy and spiritual authority also play their respective roles here. You may have already noticed that outside of the spontaneously acquired familiars, a higher power must be approached. This is an important distinction to make: the familiar gifted by fairy royalty will obey you if their royals command it. For those who inherit their familiars from others, one has to assume that the same terms and conditions of whatever pact was agreed upon transfer to the new witch.

Mary Parish’s familiar George is the obvious exception to this. Unlike most other familiars in the accounts, he was a dead human whose service was contracted by means of an oath before dying. This allowed Mary the authority she needed in order to work with him postmortem. However, his story is not completely devoid of involvement by a higher (fairy) power.

At some point, a minor aristocrat by the name of Goodwin Wharton became covetous of George (who he had become aware of through his love affair with Mary), and endeavored to have Mary gift him her familiar. However, a fairy queen referred to as the Queen of the Lowlanders steps in. From Wharton’s journal: 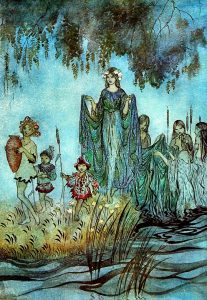 ” The transfer of George was further complicated by the queen of the Lowlanders, who demanded that Goodwin stop attempting to have George as his own personal spirit. At first Goodwin was a little resistant, but the queen insisted that if he would not willingly show her this preference, he should never see any of the Lowlanders. She wanted to be his number-one contact with the spirit world. Goodwin had little choice but to agree to her terms. As a consolation, George agreed to answer any questions directed at him as long as Goodwin turned his back and did not look directly where George stood. However, Goodwin could not understand the spirit very clearly, as he spoke in a low, soft voice close to Mary’s ear. So throughout their relationship, Goodwin relied on Mary to communicate with George.”
(Cummins 2017 “The Rain Will Make a Door III”)

It would seem that even when it comes to contracting the familiar services of the dead, the fairies will still have their say.

Now to come to something a little polemic, but that I find weirdly irritating all the same.

I’ve noticed a tendency among some in the Pagan/Witch/Heathen communities to refer to their pets as their “familiars”. At first, I thought it was just a joke being made (and for most people, it does seem to be). However, I seem to be coming across more people who actually think their pets are their familiars.

Now hopefully this blog has illustrated all the ways in which that is just fucking stupid. And I think one of the reasons why I get so angry about this is that after having worked with a familiar for a number of years, the collocation of “pet” with “familiar” is just yet more disrespect and treating the Other like some fun and twee little thing that’s just here for our edification, or worse – our entertainment. I feel like I’m quickly running out of ways to say that it’s not all about us humans.

Let’s just stop this, please. We’re better than this. And your dog/cat/bird/whatever may be cool, but he isn’t your familiar. Moreover, if you actually kept your dog as animal familiars were most commonly kept (in a wool basket, being fed milk, blood, or whatever), you’d be in trouble for animal cruelty.

So let’s just not; okay?