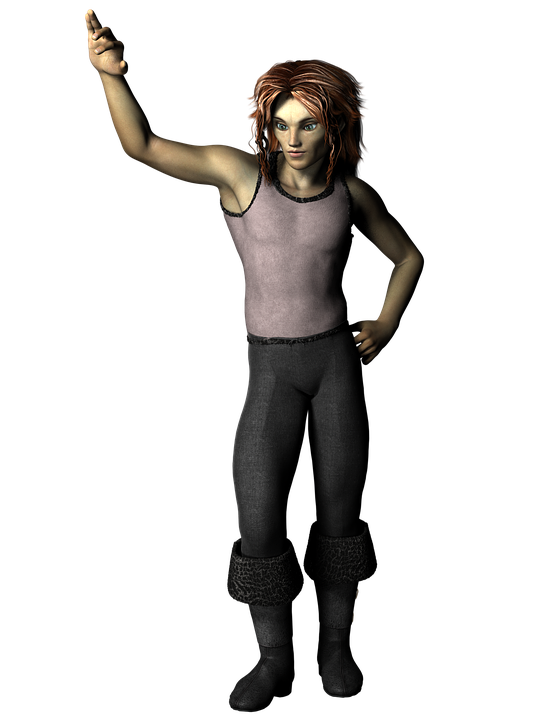 “Bye love, I’m off to go bang some elves in Iceland”

Back in 2008, an Icelandic lady by the name of Hallgerður Hallgrímsdóttir published her seminal (ha, see what I did there?) work ‘Please YousELF – Sex With The Icelandic Invisibles’. Now, Iceland isn’t a country in which elves making the news is all that uncommon, however this was particularly standout. Because for all the stories of road rerouting (like here), it’s really not that common for Icelanders to claim to be banging elves.

The internet naturally responded as you might imagine – with mockery. However, I for one am grateful for people like Hallgerður Hallgrímsdóttir for a couple of reasons:

1. The woman has balls of steel to put a book out about her elf-fucking experiences, under her own name, and go on camera talking about it too.

2. It was a really nice diversion from the usual ‘godspouse’ thing that you see in Heathen circles. Now I could digress into a bit of a rant about why elf-spouses would beat your average ‘godspouse’, but I don’t really think I need to do that. Seriously, just look at Hallgerður’s stick-figure drawings of elven sexy times. Case. Closed.

But on a more serious note, I was mostly happy to see Hallgerður’s stuff for another reason, and that’s because it got

people talking about elves and sex, and well…that’s not that weird of an association to make.

To examine this further though, we need to start with the ‘D’. You know, ‘demons’ (and the devil too to some degree).

Checking Out The D

There’s actually some pretty good evidence that at one point, elves were equated with the devil and demons. For example, the eighth century Royal Prayer Book contains the phrase ‘Satanae diabolus aelfae’, meaning ‘devil of the elf Satan’, and in Beowulf, elves are aligned with ‘misbegotten beings’ of the not very nice variety (Hall 69-71). Another example of this can be found in a Lacnunga charm against elves that borrows from the same liturgy as a Christian exorcism (North 54-56). When it comes to the word ‘Ælfs?den’, a word probably referring to a type of magic (‘s?den’ being cognate with the Old Icelandic word ‘seiðr’), Richard North tells us that ‘All temptations, but especially demonic possession, are indicated in Ælfs?den’(North 55).

Speaking of possession, it’s in the specifics of these particular associations with demons where things become really interesting, especially with regards to elf-sex.

In the Bosworth & Toller dictionary, a possible translation of the word ‘ælf’, is incubus (Bosworth & Toller 14), or in other words, a type of male demon known for its penchant for boning people in their sleep. This translation is likely taken from Chaucer, who equated elves with incubi in the ‘Wife of Bath’s Tale’ (Hall 162); and even though we’re out of the Heathen period by quite a long time by Chaucer’s time, there are some interesting points about elves in earlier sources that make this connection pretty reasonable.

The first thing is that the earliest elves were male. Yup, it was an elven sausage fest back in the day. No elven ladies to

be found anywhere – that came later (Hall 157-166 ). Secondly, the connection with sex, and more specifically sexual deviancy with elves (by the standards of culture back then), is not an uncommon theme. You just have to know what constituted sexual deviancy back then, because if you were hoping for something that looked like ball gags and whips, you’d be sorely disappointed.

Taking a quick trip over the Atlantic to medieval Iceland, we come across the terms hvatr and blauðr. Now, some of you are possibly going to absolutely hate these terms, but to cut a long story short, hvatr was ‘bold, independent, powerful, vigorous, and sharp’, and blauðr ‘weak, soft, powerless, yielding’. Scholars such as Carol J Clover have argued that initially these terms were separate from biological sex, having more to do with power and independence. However in spite of this initial lack of alignment with biological sex, hvatr was more the domain of aristocratic males, and blauðr, that of women (Clover).

Regardless of whether those dick Christians turned us all from whatever egalitarian pagan utopia though, some sources do suggest that elves didn’t really fit into the manly man hvatr category (hvategory?).

The first way in which elves totally blew that one out of the water is that they were reputedly beautiful, and in a way that doesn’t really suggest handsome either. The elf Volundr, for example, is described as having a white neck, which although doesn’t seem particularly significant to us, is significant in that that was the kind of description only applied to women back in the day (Hall 43-45). Hell, if you trace the etymology of ‘elf’ back, you get ‘white’. The only other male figure to be described as being hvitr or ‘white’ is Heimdall, and given the collocation of Álfar with Vanir, plus Heimdall’s ability to divine the future, it’s arguable that he might also be considered an elf (as well as a god) anyway. Significantly, the description of Heimdall’s whiteness (and ergo his girly beauty), appears in the same stanza as Heimdall suggesting that Thor participate in a spot of cross-dressing in order to win back Freyja’s necklace, Brisingamen.

This association with elves and beauty can also be found in the OE word ælfscyne – which is used within the context of a kind of bewitching, otherworldly, yet dangerous beauty (Hall 88-95).

So they were hawt, probably in a Prince or Bowie kind of way.

Secondly, they defied the usual expectations about manly roles. For example, in The Lay of Volund, we’re told that a maiden called ‘Svanhvit’ guarded Volund’s white neck. Remember that whole thing with hvatr and blauðr? Which category do you think Volundr would have fallen into? Unfortunately for Volundr, nine winters into shacking up with this swan lady, she leaves; and unlike his brothers (who are also in the story, and also have ladies of their own), he stays home and doesn’t go in search of Svanhvit. From this point forth, things go seriously downhill for Volundr, because a certain king by the name of Douchebag (just kidding, his name was Níðuðr) heard that Volundr was no longer protected and he wanted Volundr to make him a load of swag. Poor Volundr is then hamstrung, imprisoned on an island, and forced to make bling for king Douchebag (Hall 39-46).

Eventually Volundr has his revenge (part of which happens to be raping the king’s daughter) and flies off using his feet as propellers or wings (I shit you not).

Another possible example is that of the god, Freyr. Again, we have a potential ‘god and elf’ situation here. In Grimnismal 5, we’re told that Freyr was given Álfheim (elf-home) as a gift for cutting his first tooth, which aligns Freyr with the elves. Once again, we see the theme of a man undone by love – this time by giving up his sword as part of wooing the giantess Gerðr (in the Lay of Volund, his sword is taken from him by king Douchebag). Moreover, Freyr’s manservant, Skirnir, who is sent to ‘woo’ Gerðr has to resort to magical threats in order to coerce her into to ‘saying yes to the dress’ (North 52-54). As an aside, this kind of magical coercion is a disturbing feature of old school ‘love’ spells.

For Richard North, who spends over three hundred pages densely building his arguments in ‘Heathen Gods in Old English Literature’, Freyr is the god associated with hieros gamos rituals, and whose cultic passage through the land signaled a period of sexual license (270-271). He is the god who the church came to see as the devil, and like the devil, was known as ‘god of the world’ (76).

Then there is the matter of Freyr’s priests per the description in the Gesta Danorum (chapter 6):

“After Bemoni’s death Starkather, because of his valour, was summoned by the Biarmian champions and there performed many feats worthy of the tellings. Then he entered Swedish territory where he spent seven years in a leisurely stay with the sons of Frø (Freyr), after which he departed to join Haki, the lord of Denmark, for, living at Uppsala in the period of sacrifices, he had become disgusted with the womanish body movements, the clatter of actors on the stage and the soft tinkling of bells. It is obvious how far his heart was removed from frivolity if he could not even bear to watch these occasions. A manly individual is resistant to wantonness.”

See what I’m getting at here? Doesn’t exactly fit in the ‘hvategory’.

Elves and those associated with the worship of elves, though male, deviated from ideas about how males should act – at least within a sacred context (on the part of human worshippers).

Out of all the legions of demons, whicht type in particular do you think would fit the bill for elves? And that isn’t even taking into account all of the later stories about elven seduction and half-elf children, OR the associations with elves and nightmares that came throughout the intervening years. Hello, nocturnal-slumbering-person-boner demon! Hallgerður’s path is a very well-trodden one.