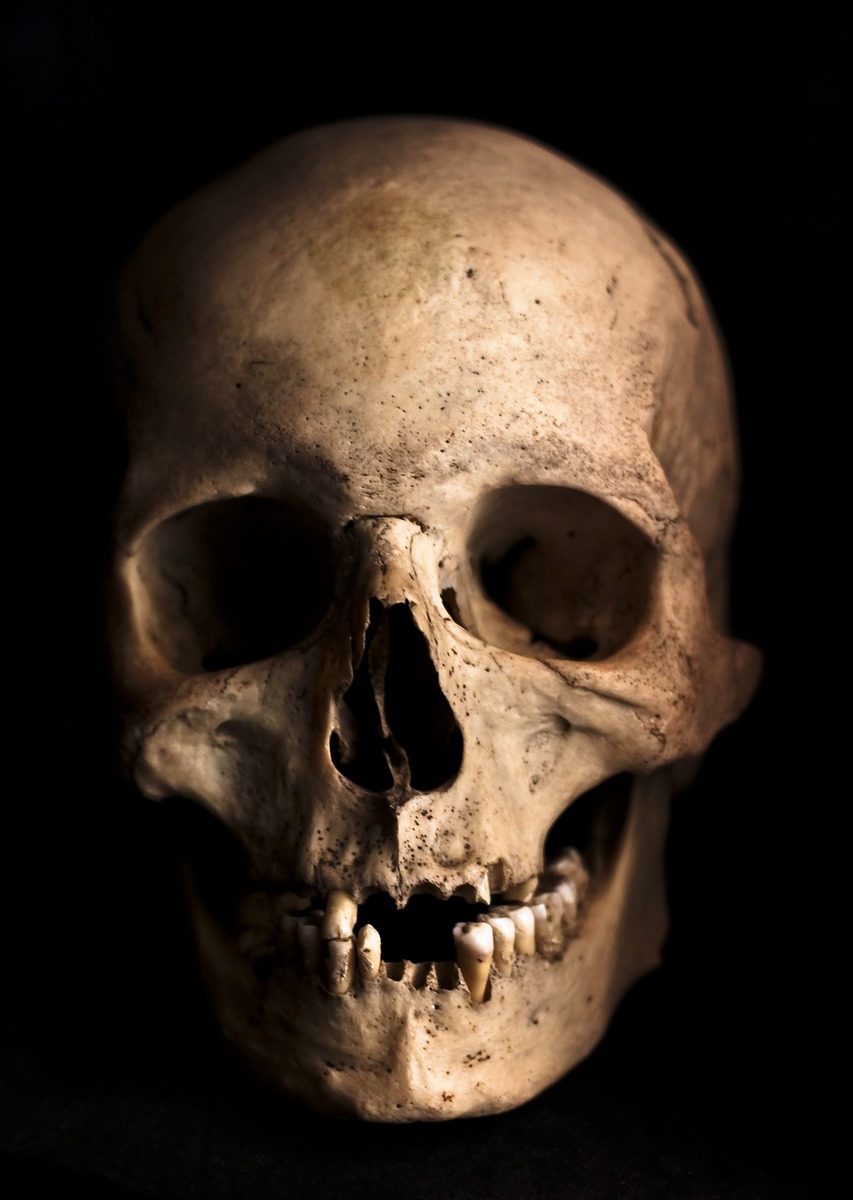 Ancestor Veneration and Dead, Oh My!

A while ago on my personal Facebook, I hosted an AMA on Ancestor veneration. I felt like I had come to the end of what I wanted to talk about in my series of posts on ancestors, but that some kind of Q&A was needed to finish the series off.

Admittedly, I could have thrown the questions to a wider audience. But what the people on my friends list threw me was more than enough. I’m a busy person, and soon to get busier with some of the projects that I’m getting set up in the pipeline (I’ll have some news on some of that soon). There’s no way I would have had time to answer them all if I got a deluge! As you will see though, the questions I did end up with cover a lot of ground.

What are your thoughts on time between being deceased and being an ancestor? At what point does that transition happen? Or is it instantaneous? Is there something that has to be done from a Pagan or Magical perspective to help them make the shift from deceased to ancestor?

Oh I have so many thoughts.

One of the comforts of belonging to an established tradition is that the answers to questions like this are far clearer. You have the supports of tradition and everything that entails. However, when it comes to modern Pagans, Heathens, and Witches, we kind of have to pick our own way through this landscape. These are questions that we’ll be facing a lot more frequently too as time goes on. More people are aging and dying within neopagan traditions, and other neopagans are trying to find ways to maintain the connection between living and dead.

So what can we do?

I’ve both thought about and worked with this a lot with losses within my own family. As is the case with seemingly everything for me nowadays though, it all boils down to story and communication, and these elements play out in all my rituals interacting with the dead regardless of whether or not they’re simply dead or an actual ancestor. When I sing the dead forth, I sing them through a storied landscape that returns them to now. Then when I send them back or guide them to where they need to go, I sing them through other landscapes depending on what I know of the beliefs – the stories they held to in life.

When my uncle died for example, I created rituals that painted the story of him making his way to ancestral halls and being received by the ancestors. In my prayers, I created stories of him being healed and the pain and memories of his illness and death being sloughed away. In my dreams, I saw him being reborn and performed divination to see what it had to say on the matter. There is no ancestralization for him, at least not in my rituals, as I believe he is reborn in the world somewhere in my family.

To put it simply, I think we need to see this as a kind of interactive process. One in which we guide, heal, and elevate with ritual story, and then look for communication to confirm what is or isn’t happening before adjusting our efforts accordingly.

What are the dangers of ancestor work?

It depends on what you mean by dangers! Work with ancestors that dredge up hurtful things and there’s one kind of danger there. Work too closely with the angry dead who want to hurt you, and there’s another. Oppression, possession, ill luck, sickness – all of these things can come from working too closely with the angry and vengeful dead regardless of family relationship.

Which brings me handily to the next question.

Are you obligated to abusive family members?

One of the worst things about abuse from family members is that it’s not supposed to happen. It’s horribly common, but when you think about what a family is supposed to be in all the stories we tell about them, family isn’t supposed to hurt family.

Yet it happens, and unfortunately death doesn’t erase the asshole in a person.

Moreover, when you consider the fundamental premise of ancestor veneration: that the ancestral dead can affect our lives for good or ill, this matter becomes a lot worse. Does that mean you need to spend decades trying to suck up to someone who hurt you deeply while in life and fix them?

But it does mean that you need to take it into consideration that their ill probably didn’t end with their last breath and take measures to protect yourself and your loved ones from them. Sometimes, other ancestors can help with this. But other times, you need to crack out some more hardcore measures. The important thing though is that you figure out the deal with them and their continued effect on your life. Because ignoring them isn’t good when they’re disembodied and potentially have greater access.

The difference between specific ancestors and the ancestral whole…?

This is a really good question and one that I think about a lot. I mean, just what was the process for individual ancestors becoming part of collectives such as Matronae? (If that’s the question being asked here?) I honestly don’t know. But whenever I’ve seen the dead as a collective, they usually take the form of a large column of light stretching either vertically or horizontally depending on the space and setting. Again UPG, but I’ve seen individual ancestors step out of that column before now to speak to me, and these are usually “big” spirits in some way. There are a few that I consider ancestral guides of a sort that appear to me in that way.

Absolutely!! For example, I sing different stories when calling to the ancient dead than I do the more recent. I tend to go off what I know of their likely beliefs in life out of respect for them when creating these songs. But regardless of era, if I’m actually looking to bring them here (as opposed to just pray), I tend to make use of what I call intermediary technologies (I wrote a paper about that very thing that you can read here). I also use circles (which in this case also serves the purpose of recreating the burial mound) for protection (my family’s, not my own).

The long dead generally don’t carry the same sentiment towards me as the more recent (for the good and bad of that), so I tend to approach them with more formality and less familiarity. With dead I have known, I offer things I know they liked in life, but with older dead I go with more universal items: food, grain, sweet things, water, and alcohol (though I know that’s controversial in some traditions).

And, relevant to my personal interests right now, what do you do when someone from the Long Dead category volunteers themselves as an ancestral ally or helping spirit, in exchange for reciprocal work of course?

It depends on the long dead person in question and what they hope to get out of it. I mean, just because some long dead person pops up doesn’t mean I’m going to jump into a relationship with them! You need to take time with these things – wine them and dine them. No, just kidding. But you do need to vet them and make sure they’re not just some asshole that’s just looking to gain access to you for whatever godsforsaken reason. You also need to gain assurances and be super careful with any oaths you make. Also: “my long dead bae told me to do it” doesn’t really stand up well in court.

What’s your opinion on what or who constitutes an ancestor? Blood? Adoption? Initiation? Affinity? Other things? And do you maintain relationships differently depending on lineage/connection?

Because of a little thing called the Identical Ancestors Point/isopoint, if you go back far enough, every human alive before a certain date (around 5000-15000 years ago) is an ancestor. (Sorry, racists. Not.) If you have European ancestry, every human alive in the tenth century who had descendants that survived is your ancestor. (Congratulations, Charlemagne and every other famous fucker that had crotch spawn that survived is your ancestor!) So depending on how far back you’re talking, those people may technically be blood ancestors anyway.

However, blood does not always make a family, and humans have adopted, fostered, and fucked our way into bonds with each other since we first started to homo-sapien-it-up. If you were adopted or initiated into a group, you are part of that family. You share ancestors despite the lack of (more recent?) blood.

As for affinity and “other things”, this is most definitely where we move out of ancestor veneration and more into simply working with the dead. It almost feels like people feel the need for permission here and that calling it ‘ancestor veneration’ in a sense provides that veneer of respectability that “necromancy” just doesn’t.

But you can work with and create relationships with the dead you have affinity and “other things” for. They can be no less beloved, but at best they’re more like friends and teachers who just happen to be dead than ancestors.

As always though, be sure to observe common sense protection and purification practices when initiating these relationships and until they’ve proven themselves to you (keep the purifications up, it’s never bad when working with the dead in any capacity, especially if physical remains are involved).

Well that’s that for that series! RIP posts, and may all who necromance you from the cyber grave-field benefit from what you have to say.

I hope these Q&As were helpful, and perhaps helped to clear up some disconnects for a few folks. I also encourage you to read my paper ‘Waking the Dead’ to find out more about those intermediary technologies I mentioned before. It’s focused on Old Norse technologies, but some comparisons with Ancient Greek practices are also made.

But until the next post, stay necromantic, my friends!