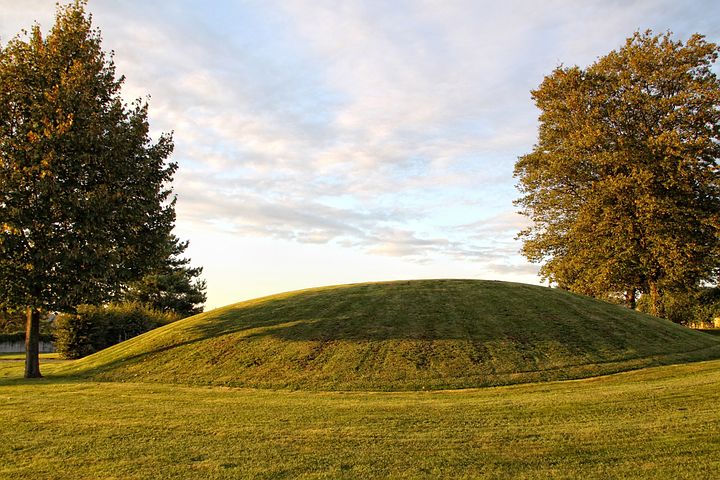 Well it’s been a while since my last post. I wasn’t intending on leaving it for about a month, but life has been pretty crazy round here of late.

Most of it is mundane stuff, but the strange and otherworldly has been rather active here too. And I’m going to be honest with you here, I think this is some kind of run-up to Midsummer. Still, if restoration is a thing we’re going to be invested in, we need to be ready for some pretty hefty bumps in the road. The Good Folk have not been treated well over the years, and a lot of them are very angry from what I’ve seen/heard/experienced.

But this blog post isn’t about restoration and the Other. The post I owe you is about ritual with ancestors. I just wanted to tell you all to look to your wards, make sure your apotropaics are good to go, and that a burnt offering of raw meat can go a long way with hungry spirits.

So that said, on with the show!

I’d like to begin by talking about a group of practitioners who lived a long time ago. They were people who served their communities, using their lamentations at funerary rites and guiding the dead to where they needed to go. They were also skilled in the art of evoking the dead, and purification. In many ways, they were the ritual specialists of the old chthonic cults. They were goen, and it is from them that we get the word goetia.(Stratton-Kent 123-131)

Nowadays, most people associate goetia with demons and scary looking diabolist grimoires from an era when the sauciest of texts came in the color blue. There’s this idea that magic and religion are two entirely separate things – a conception that likely didn’t exist for the original goen. To quote Jake Stratton-Kent, they belonged to ”a phase of culture wherein magic is not perceived as a specialized or marginalized sphere of activity, but permeated the whole of existence.” (Stratton-Kent 126)

In some ways, the distinction between magic and religion is entirely political. For example, the Catholic church rites of transubstantiation and exorcism are

undeniably magical in nature, and yet it they are not considered so. Why is this? Simply because the church (with its long history of clearly magical participation) doesn’t consider it to be so? And this is a line that is negotiated and renegotiated as the times change. How many people in the early modern period with witch bottles under their steps would have ever imagined it to be the domain of witches a mere three hundred years into the future? And yet this is overwhelmingly the case nowadays. It’s witches who bury the bottles now, few non-witches have even heard of them.

It’s not my intention to gripe about the politics of “magic vs religion” here though, I simply wish to make the point that magical tech can have religious applications too. And as I hope to demonstrate in this post, the inclusion of magical tech into ancestor rituals can allow us to flesh out the religious rites of the ancestor cults we wish to build.

But first we need to get some terminology out of the way, and some clarification of the two types of dead.

Historical accounts tells us of two types of dead: the revenant and the ghost, with one pertaining to the physical elements of the dead, and the other the

non-physical. European cultures have believed in both kinds of dead at various times in their histories. Sometimes (as in the Heathen period Icelandic tales), it’s revenants or draugar that take center stage. However at other times, it is spirits.

Over the years, this has led to some Heathens arguing for a completely non-dualist view of the soul (ie a soul that does not separate from the body after death). However, I find flaws in this argument. For if we are to take the arguments that the Wild Hunt originated in the ancestor rites of the early Indo-European societies, and that the act of the masking transformed the young warriors into the ancestors (per Kershaw), then a belief in a non-physical soul is somewhat necessary.

Instead, I find greater sense from both a scholarly and experiential perspective in a tripartite schema of ‘soul’. One that is comprised of breath/spirit wind, a ‘free soul’ (the hyge), and a more passive soul that is confined to the body (mōdsefa). (The sharp minds among you may notice the correlation between these two soul parts and the ravens said to accompany Odin.) Those of you who are interested can read more about my take on this here.

The division inherent within the terms “necromancy” and “sciomancy” reflect these two types of dead and the practices surrounding them. That’s not to say that correlation is causation here though. Simply that true necromancy requires the physical remains of the deceased and may also involve the creation of revenants. The practices that the vast majority of modern “necromantic” practitioners are engaged in involving the non-physical aspects of the dead is more properly called “sciomancy. (“The Rain Will Make”)

Thankfully, it’s the latter that I’ll be dealing with here.

A Magical View of Ancestor Cultus

Now that we’ve gotten those definitions out of the way, it’s time to return to our central problem: how to make contact with our deceased ancestors in an effective way.

A lot of people laugh when I tell them that magic is all about stories and the telling of stories. But this is especially the case with the dead because the stories we believe and allow to mold us in life, can so easily become what we are after death.

Think about the stories your family tells about deceased relatives. Where does your family believe they go? What is the likelihood that your ancestors 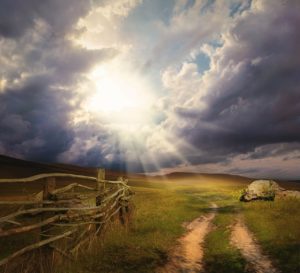 thought the same thing? Finally, if your family comes from a number of different faith traditions, what (if any) common ground can be found?

I believe that it’s incredibly important to find that common ground too. As Pagans and Heathens we tend to take a kind of patronizing view towards the dead and where they may have ended up. We decide wholesale that they’re really in “heaven”, or “hel”, or (heavens forbid, fucking brosatru) “Valhalla”. But that may not be where they actually are or how it looks for them.

So I tend to take a pretty loose view of this part of ritual planning. Most afterlife beliefs involve the moving of the deceased to another place that is either good or bad, and often there are obstacles considered to be in the way. So rather than getting into details about place names, I tend to just go with generic terms like “peaceful lands” (pick one, whichever you want!), and with a standard three obstacles (as a repeating theme in European folklore). This usually allows me to work with both Christian and pre-Christian ancestors quite well.

And like the goen of old, I use lamentation (or rather a dirge) to call them forth. My chosen song is an adaptation of the old English song ‘A Lyke Wake’. Which is perfectly really, because it was designed to be sung over a corpse and effectively guides the deceased through the obstacles to the afterlife. You can see my adaptations here. The tune itself remains the same.

You will notice that there are both summoning and returning verses. Don’t be an asshole, do them the courtesy of singing them home if you summon them. This song can also be used to psychopomp stray spirits to good effect.

Depending on your worldview (and the worldview of your dead), there may be permission required from whoever the “story” puts in charge of wherever the dead are. Again, I like to stay general here and make a polite address to whichever deities are in charge of the places where my dead reside. I call to them, ask permission, and make offerings. Manners go a long way in witchcraft.

It can be hard for the ancestors to come and hang out with us, especially in a 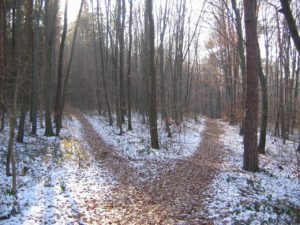 more present sense. So I usually suggest that we include ways to meet them “halfway” in our ritual design. Historical accounts and evidence give us multiple examples of these “halfway” places that can be recreated in ritual. Crossroads, water, pits, doorposts, and mounds – these are all places that can be helpful to recreate ritually when working with the dead. Your circle could be as a mound, crossroads can be made with sticks bound together, and most people have access to doorways and bowls of water! Symbolism is a language of ritual, so don’t worry if you have to symbolically recreate any of those things. The ancient Greeks had no issue with recreating the geography of Hades in their Nekyomanteia (orakles of the dead), and archaeologists of Old Norse culture are investigating similar ideas in the north too!

Some Safety Mechanisms For Ancestor Rituals

And speaking of bowls of water, let’s talk safety mechanisms. One of my favorite ways of contacting ancestors is the Art Armadel. As a technique it dates back at least to the Greek Magical Papyri, and is a form of scrying. Just with ghosts and other spirits summoned into the mix.
I mention this tech because it’s got a couple of really neat safety mechanisms built in (which is why it’s been my predominant form of having a natter with spirits since my kid was born).

First you summon a gatekeeper deity or spirit. For some people this is Hermanubis or Anubis, but I tend towards good old Draugadróttinn, Odin. (I

have this whole bastardized ritual involving stuff I also found in a dream that would melt a purist’s head.)

Then you ask them to bring the dead you want to talk to (or whoever), and you basically scry the conversation you have. And I know, it sounds weird to have a conversation into a bowl of water, but it’s also great because the spirits are contained, and there’s someone bigger than you in charge of the whole thing. Moreover, you can do the whole ritual within a circle for an added layer of protection.

(Obviously this is a very simplified version of this whole thing. For a similarly bastardized but more detailed ritual, see Gordon White’s Chaos Protocols)

This kind of ritual tech is great for solo rituals, but what about rituals that are more public?

From my experience of incorporating some of this tech into public rituals (no joke – and they were right next to a civil war battlefield), there are one of two ways you could go with this:

1. Ask a deity to act as ‘gatekeeper’ for the rite.

There is of course the third option of simply not allowing anyone but the ritual specialists inside the sacred space for the duration of the working, but I’m yet to see any group actually do this.

Regardless of what you do though, be sure to pay attention to your wording of things and the kind of conditions and permissions you’re including (either intentionally or inadvertently) in your liturgy. This this is incredibly important when dealing with the numinous, especially if you use language of agreement (ie their presence is contingent on abiding by certain behaviors).

Lastly, be sure to have back-up plans (like a bunch of asafetida you can burn) and plenty of apotropaics. I would also advise including a purification stage after the ancestors have been sung home before the end of the rite.

Around two thousand words of text and I’m barely scratching the surface here! Hopefully though, this post has given you some ideas for how you could incorporate magical tech into your ancestor/dead rites. I also promised some prayers but found myself hesitant to share the prayers that have become part of my family’s hearth cult.

In the next post, possibly an AMA on this subject to tie things up. In the meantime though, stay spooky my friends!