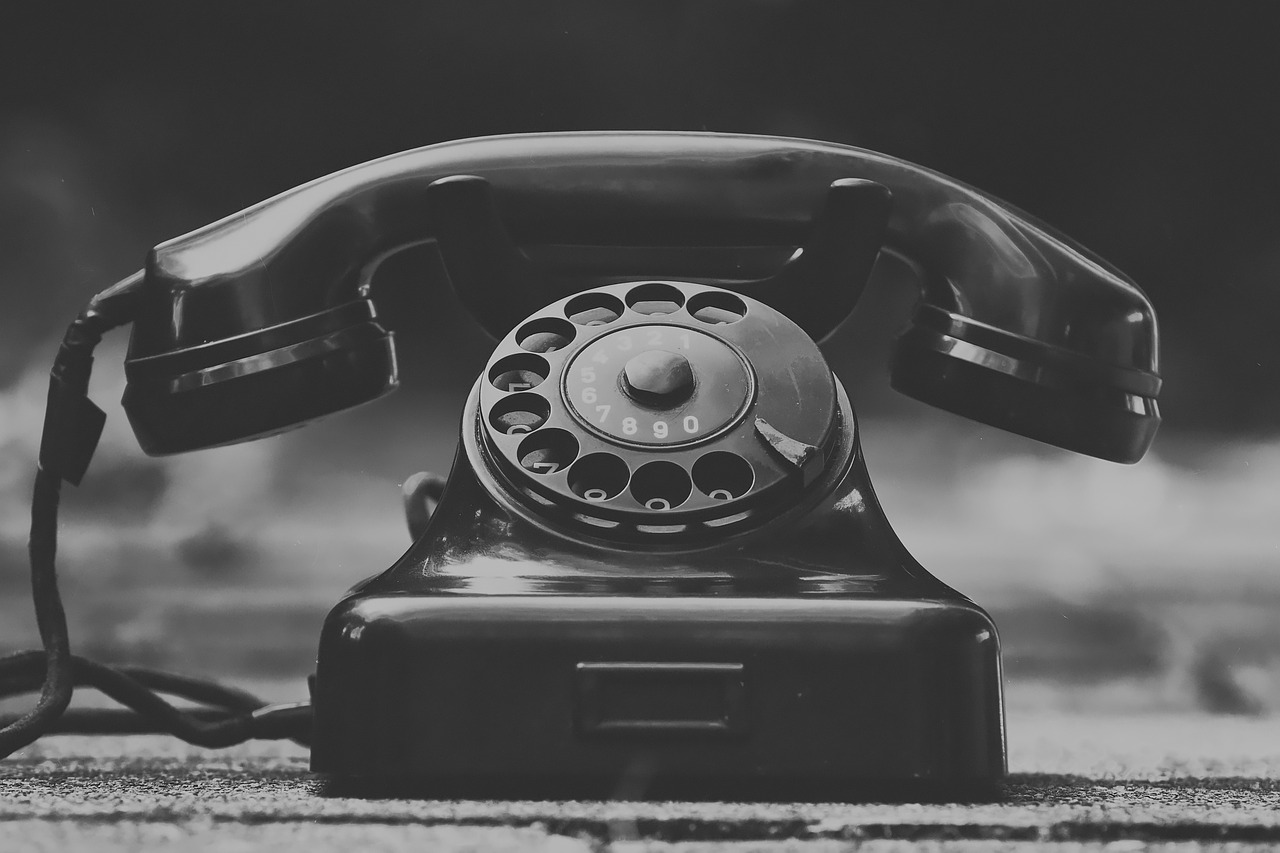 Magic With The Dead

I shuffled the cards as best I could, laughing at myself and my cackhandedness. I’ve never been able to shuffle, and my knowledge of tarot is rudimentary at best. It just never spoke to me in the same way as it seems to speak to every other witch on the planet.

I’ve always been better with runes and ogham – especially when I’m trying to do my periodic ‘drunken and completely inaccurate’ readings over on my personal Facebook. Things can get somewhat uncanny with that.

But this time I had cards, albeit Magic: The Gathering cards.

I was at a Samhain event, and had been participating in a discussion on tarot.

“I hear you can read anything” I’d said, as I tried to shuffle the cards. “I’ve heard of a woman who used to read beer mats like tarot while in the pub. She was apparently super accurate.”

A couple of cards tried to escape the deck and I simply added them back in, laughing to myself as I continued.

“Some people think it’s the symbols, but others? They think the cards are more like props, and that they sort of draw out the psychic impressions the reader is getting anyway.”

Finishing my shuffle, I laid out three Magic cards as though they were tarot.

“And if I had that skill, I’d be able to give you a full reading off of these bad boys right here.”

I laughed again, and without really knowing why snapped a photo. 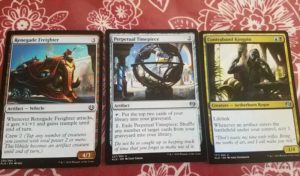 “But I don’t have that skill, so all you’d get out of me is that there’s something to do with a train and movement, then an hourglass, and then this guy here who looks like a right dick.”

(Conversation paraphrased, this happened a while ago.)

Someone else at the table made a joke, and I put the cards away.

Later that evening though, I’d look back on this tomfoolery with different eyes.

It was dusk when we came to do ritual – the perfect time really for this kind of rite. We’d gathered around a blazing fire and sang the dead forth using an old dirge with psychopompic elements. We’d adapted it of course;we’d wanted to raise the dead, not lay them. The night darkened, the temperature dropped, and there was the distinct sense that we were no longer alone.

But then again, we were using borrowed necromantic tech in Gettysburg of all places.

We set out a place for the dead and shared mourning cookies, offered food and clothing. Then we’d set out a bread man as substitute “sin eater” for those who felt the burden of sin too heavily to move on. That’s not uncommon for those who die in battle after a certain era. For all the talk of “glory”, war continues to torture and torment long after the guns fall silent and lungs empty.

I perceived a line of dead coming from the passage of trees to my right. I watched them as they wound a procession around the fire, each man taking his turn with the bread man. The temperature dropped further, and there was the sensation of a small breeze where they passed. (I would later find out that they had come from the direction of one of the battlefields that sits only a mile down the road.)

The ritual progressed and we asked for an omen, and this was where things began to get interesting.

The designated seer for the rite had chosen tarot, as it was not only potentially more recognizable to the dead than runes or ogham, but she also has the gift I lack with that medium.

“Is there anything you wish for us to know?”

That had been the question (or near enough). One by one, she laid out the cards, carefully positioning them in the firelight so she could read them.

The first was the Chariot reversed, which I’m told speaks of movement that is out of control and a need to regain control lest the wheel falls off.

The second was Temperance reversed that further underlined the lack of balance and control first spoke of by the Chariot.

And the final card was the Hierophant reversed, the card of a despotic leader.

The year was 2016, and that was when I knew Donald Trump would win the election.

But the weirdness would not end there. Because after the rite, when we’d returned to the warmth of our host’s house, I realized something about the cards the seer had pulled.

The images were basically the same images as I’d pulled from the Magic deck earlier.

It would seem the dead didn’t just have a message but had been screaming it all day. 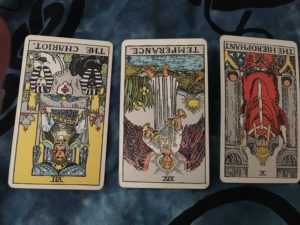 The Dead v Our Ideas Of The Dead

There was an oddness to 2016 that I feel in this year too – albeit somewhat different; 2019 has its own flavor. Death came for many at the birth of the year. Terrifying clown sightings filled the news as the northern hemisphere moved into Fall only to stop before the election. And political campaigning took a turn for the nativist, throwing out appeals to history with abandon.

Every time you use that old family recipe or wear the jewelry your grandma died clutching. Every time you gather photos or go tidy up a grave site. All of it is a form of either engaging with ancestors or in the cult of the dead depending on what you’re doing). We just no longer recognize it as such.

How many times have you heard or thought people expressing the sentiment that by doing an action, they would make (dead person) happy (if they could see them)?

You see? We invoke the ancestors often.

Anthropologists have noted that this tends to lead to a more conservative society – especially when the veneration of ancestors is limited to only a few generations (Lehman and Myers 283-284).

But the dead are often not what we think of or assume them to be, and depending on which group of dead, can differ wildly from us in what they approve of (as opposed to what we might think they would approve of).

The problem here is communication, and this is something that we need to talk about before getting into ancestor veneration proper.

So how does a person communicate with the dead?

Communicating With The Dead

Contrary to popular media, one doesn’t have to be psychic in order to have meaningful communication with one’s ancestors or more recent dead. Often times, you just need to be able to recognize that communication for what it is.

In many ways, the dead are far easier to communicate with than most people think. Moreover, there are a lot of tools that can help and mediums through which they can communicate.

One of the most common ways in which the dead can communicate is through dreams. This is something you see in pretty much every culture in which ancestor veneration exists.

This communication may be spontaneously obtained or via incubation practices. For example, ancient Greek seekers would go to a psychomanteion/nekyomanteion for this purpose. The nekyomanteions are thought to have mimicked the geography of the afterlife in some way, and often involved tunnels leading down into the earth, and bodies of water. Those wishing to communicate with their ancestors (either via speaking with a priest-oracle or dream) would make preliminary sacrifices and/or ingest narcotics (depending on the sought experience) before entering the sleeping rooms or tunnels.

In some ways, this mimics the Northern European practice of sleeping the night on a burial mound in order to gain wisdom or poetic ability from the dead. In both cases, the seeker goes to a place in which the underworld may be accessed in physical or symbolic form in order to sleep.

This is something that we too can make use of in our practices even if we don’t live near any burial mounds or grave sites where we may sleep without getting arrested, but I’ll get into that in a future post.

As we saw in the story above, the dead can also divination tools (either ‘official’ or improvised) in order to communicate with the living. This was one of my first methods of communicating with the dead while still in the

equivalent of middle school. Only we used a set of regular playing cards for our seances with the school ghosts, and the suits and their colors were how we derived our answers. As unlikely as it sounds, we had some fairly strange things happen while experimenting in this way, and it was enough to concern our parents.

Unfortunately, the substitute activity my father asked me to use (the key and the bible) never got the same results (so I stuck to the cards).

In my experience, tools often take on a chill when used for relaying the messages of the dead. That’s probably good to know. As an aside, this is not so dissimilar from the manipulation of modern tech in order to deliver a message.

This is obvious and also probably something I’m going to catch heat for. However, there are ways in which you can use a Ouija board safely, and conveniently, most of those ways also correspond with general spirit etiquette and psychic hygiene.

I’ll write more about Ouija boards in another post. But for now I’ll just stick with saying that if you’re absolutely terrified of these things, keep away from them. You already lost the head game.

(If you can’t wait until I finally get round to writing about ouija, this post is great.)

When you start associating with different groups of ancestors, you might find

things pertaining to them cropping up. For example, when I was working particularly closely with my Irish ancestors, I began to randomly win Irish-related things. Information that led me further into connecting with them better also just sort of landed in my lap. Often it can feel as though you’re being pushed along when this stuff happens.

Finally, sometimes the dead can be pretty direct. They can appear, and they can cause other things to appear. Like the white feather that appeared in the air and fell into my mother’s lap when she was thinking about her deceased brother and feeling sad. Or disembodied voices speaking with my native accent and dialect in a place separated by thousands of miles from any other speakers. Or that deceased relative stood by your bed when you wake up from an awful nightmare. The nightmare may have been awful, but when you fall asleep again it’s but a lovely dream.

Well, you get the idea…

In the next few posts, I’m going to start getting into the meaty bits of this topic. First I’ll be covering the different conventions for setting up an ancestral shrine. Then I’ll take a look at the pros and cons of doing so. I’ll also be discussing some of the ways in which you can work at your shrine. This will include offerings, prayers, songs, and anything to help you get your dead on. Then, I’ll be taking a look at the different mediums through which the ancestors may be contacted.