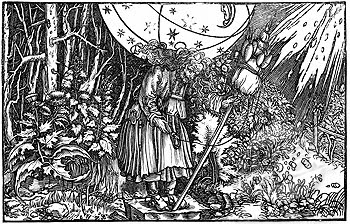 Probably a few months now, although truth be told, I haven’t been counting. There’s just been too damn much going on over here in Seo Helrune land.

First there was the website hosting disaster. Or that time when my hosting service upped my yearly fees by $40. You see, they’d decided to do away with the plan I’d signed up under, and as they were not contractually obliged to let me know, that made for a nice surprise. So I cancelled my service.

Then began the drama of trying to transfer my site…and then the URL….and well, anyway, I’m glad that’s mostly done now. I’ve moved to a much better hosting company and am more than satisfied with the service (check them out here if you’re curious, seriously). I’m still working on re-adding pictures to my older posts, but the site is more or less good to go again. Hence why I’m writing this post.

I also spent about a month and a half writing a new book (seemingly plumbing the depths of insanity while I did so). 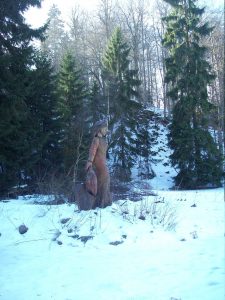 I’m currently working through the first round of editing this insomnia-fueled, oath-bound mess before handing it over to my beta readers, but it’s coming in at around 78k words so far.  So it was no small undertaking. In case any of you are curious, it is a book about Pagan/Heathen/Witchy things. But more specifically, it’s a book of Helrunan and Seidr. My working title is “The Path of Ivy”, and it focuses on more chthonic practice. I’m also reproducing the liturgy for the Cult of the Spinning Goddess in there so that any who wish to found their own local Cults and hold their own rites in her honor have a foundation to do so. Either follow what we do, or take it and run with it. This isn’t in my hands. I’ll also be fleshing out the section about the cult here on this site in the coming weeks.

And speaking of herself? Did I mention the book was the result of an oath to her? I’ll be looking to pitch it to publishers when I’ve heard back from my beta readers. She wouldn’t want anything less. She wants to be known. That is a message I’ve been getting for years in dream and vision, and it feels as though we’re moving into the next phase of that now. The last Cult rite was our best yet, and we’re currently in the early stages of planning an open rite for April/May timeframe. Curious about her? I also put out a paper during the time I was away from my blog detailing the research I’ve done on her. You can find that bad boy here.

These past few months have also seen some pretty seismic shifts in my practice. A lot of things that had been up in the air for years seem to have fallen into place, and things I’ve done instinctively (again for years), now make a whole lot of sense. It’s been hard but ultimately positive, and I’m looking forward to writing about those things. I’m also planning some reviews in upcoming blog posts, because I’ve also done quite a lot of reading of late and I HAVE OPINIONS!!! Some of it is tacky urban fantasy stuff and paranormal romance, but I’ll spare you all that mess.

So there you go, it’s been all change in the house of Helrune.

Oh, one last thing before I go – if you’re interested in Celtic deities, there is an absolutely fantastic series of online conferences being put on this year by Land Sea Sky travel. I had the good fortune to attend the Imbolc one about Brighid and it was amazing. No joke. It was an absolutely perfect combination of scholarship, praxis, and inner work – which sounds odd for an online thing, but they totally pulled it off. The next one (around the Spring Equinox IIRC) is about Blodeuwedd, so get on that as soon as you can if you’re interested in ole Flower Face! I wouldn’t be surprised if these conferences become so popular they actually sell out. The Brighid conference was quality.

One Reply to “Return of the Helrune”