Heathen Religion, Then and Now

The funny thing about living in the world that we do, is that it’s pretty much impossible to avoid taking on the broken ideas of our culture and applying them to our deities.

For a lot of Heathens, the experience of finding Heathenry is one that is often described as a sensation of “coming home”. There’s usually a sense of rightness and a feeling of familiarity. However, in many ways, this feeling of 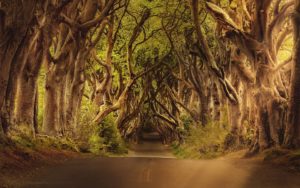 familiarity can be a false friend. It can fool us into thinking that we have more in common with people in the Heathen period than we actually do. It can make us think that we somehow ‘get’ things that we likely do not.

There’s a saying that “the past is a foreign country; they do things differently there”. Usually, we find this saying referenced when people are trying to justify the sins of the past, but it’s far more relevant here. A sea of at least a thousand years separates us from the original Heathens. To think we just automatically get things is possibly one of the biggest mistakes we can make.

The fact of the matter is that as Heathens, our gods come from vastly different cultures, and they were also subject to change within those cultures. This is not just a matter of nationality here either (although that does most assuredly play a part). The differences in time and politics are more than enough to make even those who grew up in those cultures, foreigners to the ways of their forebears. When we forget this, when we allow that false sense of familiarity to descend upon us, that is when we are especially at risk of interpreting our gods from within the framework of our own society as opposed to their own.

Over the years, this has led to a lot of twisted and even unhealthy ideas about the gods. Ideas that are actively harmful not only to the people who participate in them, but also, I believe, to the future of our overarching religious movement as well as the gods themselves.

In my opinion, few deities are more affected by this than the Allfather. Out of all the Heathen deities, it is his cults that seem to become the most twisted and least hale. During the course of my years in Heathenry, I’ve seen people remake him in many images. In modern hands, he’s been the unwise leader who grasps at those beneath him, and an inspiration to countless young males in search of social standing. He’s been the sadistic dom who delights in the tearing of flesh and pain of his followers, a holder of ‘god-slaves’ to be subjected to ordeal after ordeal. He’s been a maddening force and whirlwind 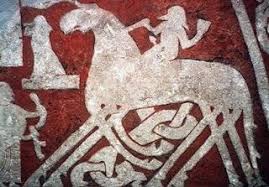 who would take the minds of his followers and leave them useless in the world. He’s been a justification for being an asshole to women and anyone with a lick of melanin. To follow him is to label oneself with ‘insert spear here’, and that’s all there is to it (so suck it up, buttercup).

So much for a god of wisdom!

The poison here is not that the Old Man is associated with leadership (for that is the central idea at work in all of these conceptions), but our modern ideas of what it is that makes a good leader.

Although for many he is the head of the Norse pantheon, modern scholarship by scholars such as Gunnell is lending further weight to arguments put forth by de Vries, Turville-Petre, and Ström that outside of elite circles and poets, the evidence of Odin’s cult is lacking in the land. The connection with leadership is still there, but it is not one in which he sits at the head of an Olympic-style pantheon (Gunnell, 2015).

To find the origins of this god, we must trace his spear south from Scandinavia to the warlords of Germania (though he is arguably not without his analogs in other Indo-European cultures)[1]. Here again, though, he sits both as a leader and as an example for leaders to follow.

“About minor matters the chiefs deliberate, about the more important the whole tribe. Yet even when the final decision rests with the people, the affair is 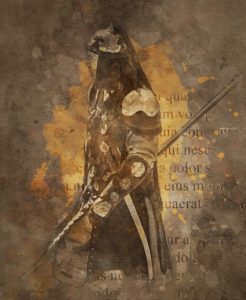 always thoroughly discussed by the chiefs. [… At the assembly, when the multitude think proper, they sit down armed. Silence is proclaimed by the priests, who have on these occasions the right of keeping order. Then the king or the chief, according to age, birth, distinction in war, or eloquence, is heard, more because he has influence to persuade than because he has power to command. If his sentiments displease them, they reject them with murmurs; if they are satisfied, they brandish their spears.”

The wise, the persuasive, those who could enthrall with words – these were the people who were heard. This is what made a leader great. Tacitus also tells us that “kings have not unlimited or arbitrary power, and the generals do more by example than by authority.” As we can see here, the people themselves keep their own counsel in this. There is no expectation that they become mindless and unquestioningly obedient.  A far cry from what we see now, no?

And the point here is simple, the wise leader does not grasp or abuse. He does not demand mutilation without purpose or solely for his own pleasure. When we ascribe the dreadful and unwise behaviors we see in our own leaders to the Raven God – when we expect them of him – we do him a great disservice. More than that though, we insult him.

A God of Many Faces

Have we forgotten him as a god of healing? Or how about as a god who cradled logs on a beach to breathe the breath-soul into what would become the first people? The one who struck the adder, who healed the horse, the god 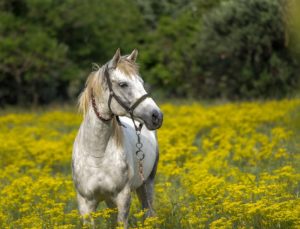 who is the source of all speech, the god of incantation. Have we forgotten those faces too?

One of the best examples of Woden as a healer is the Second Merseburg Incantation. In it, we’re told a story about how Phol and Wodan were once riding to the forest, and ‘Baldur’s’ horse sprained its foot. Phol, as Grimm suggested, may have been synonymous with Baldr, and the previously unmentioned Sinthgunt and Frija attempt to heal the horse with magic. However, it was only when Woden stepped forth and worked his magic that the horse was healed and able to continue on its journey.

In many ways, our relationship with the Old Man as a religious movement, on the whole, is like the lamed horse from the charm. In making him a foolish and toxic being, we create an injury as surely as forcing a limb outside of its natural range creates a sprain or break. And as with Baldr’s horse, without healing, we are unable to continue along the path.

So I guess the question here is how do we heal this particular ‘horse’? What practical steps can we take to begin the process of moving down the road again?

The first thing I would suggest is to begin a spider diagram with ‘Odin/Woden’ in the center and fill out all the things you associate with him. At this stage, do not try to edit or intellectualize. Don’t worry about sources or whether or not something is UPG. Simply write down what your associations are, and when you have your core associations, begin to fill out your associations with any concepts you listed. In other words, explain what you understand things like “leader” and “healer” mean.

When you have your diagram, take a few moments to look it over. Now ask yourself, what is the overall ‘view’ here? Do your associations all have a certain

The second activity I would suggest, would be to begin a research project. Take the key areas of influence mentioned above and research each of these ‘faces’. Don’t just stick to the Scandinavian sources either. One point that Gunnell makes in Pantheon? What Pantheon? is that the Scandinavian sources do not seem to reflect the actual ideas of Heathen period Scandinavians for the most part (at least outside of aristocratic and skaldic circles). Moreover, the narrative of who Odin is is one that has been subject to change many times over. Leaders have often remade him in their image in order to further their political ends. So try to read widely, then bring that knowledge into your liturgy and rituals (keeping only the wise and hale parts of course).

Finally, as mentioned in the previous paragraph, Odin has been subject to manipulation for millennia. But that doesn’t mean we shouldn’t counter that manipulation when it is used for nefarious ends. By making a deity into a toxic being, they take from that deity’s inherent holiness, and as the Tacitus quote above hopefully demonstrates, the older view could be far more positive than one might think.

Perhaps fittingly for a god of magic, Odin stands at the edge of a shifting landscape of reality manipulation. Some groups make him the grasping and cruel leader, other groups make him a dom that delights in blood, and other groups still make him a deity of only those who have the “right” blood. In all cases, this is deity as a tool, and these are not faces that we should allow to solidify if we would see a better future for Heathenry. That would be like binding the horse’s leg wrong and continuing anyway. 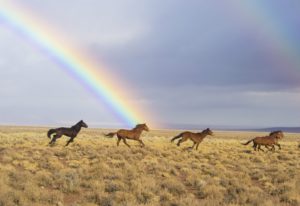 In From One High God to Another: The Acceptance of Óðinn as Preparation for God, Gunnell makes the case that the manipulation of Odin by the aristocratic elite to render him the high god paved the way for the monotheism of Christianity. It is worth noting here, that this Odin was made increasingly grasping and jealous, a usurper of other deities and their skills. Their horse too was lame, but they got rid of the people who might recognize that, bandaged it, and kept on going only to ‘kill’ the horse later in favor of a donkey walking on palm leaves.

If we are to create in Heathenry, a beautiful golden thing that our children may also treasure and be sustained by, then this is a battle I believe we must fight. But not until we have first healed this horse for ourselves.

[3] Bone to bone, blood to blood, limb to limb, so be glued (from the Second Merseburg Incantation, Griffiths transl. p 174)