‘Initiation’ is a funny old word, isn’t it? It’s something I haven’t been able to stop thinking about since I finished watching Hellier season two.

There are a number of threads that need to be teased out here, but the one I will follow for now is the one that came after a number of occultists messaged 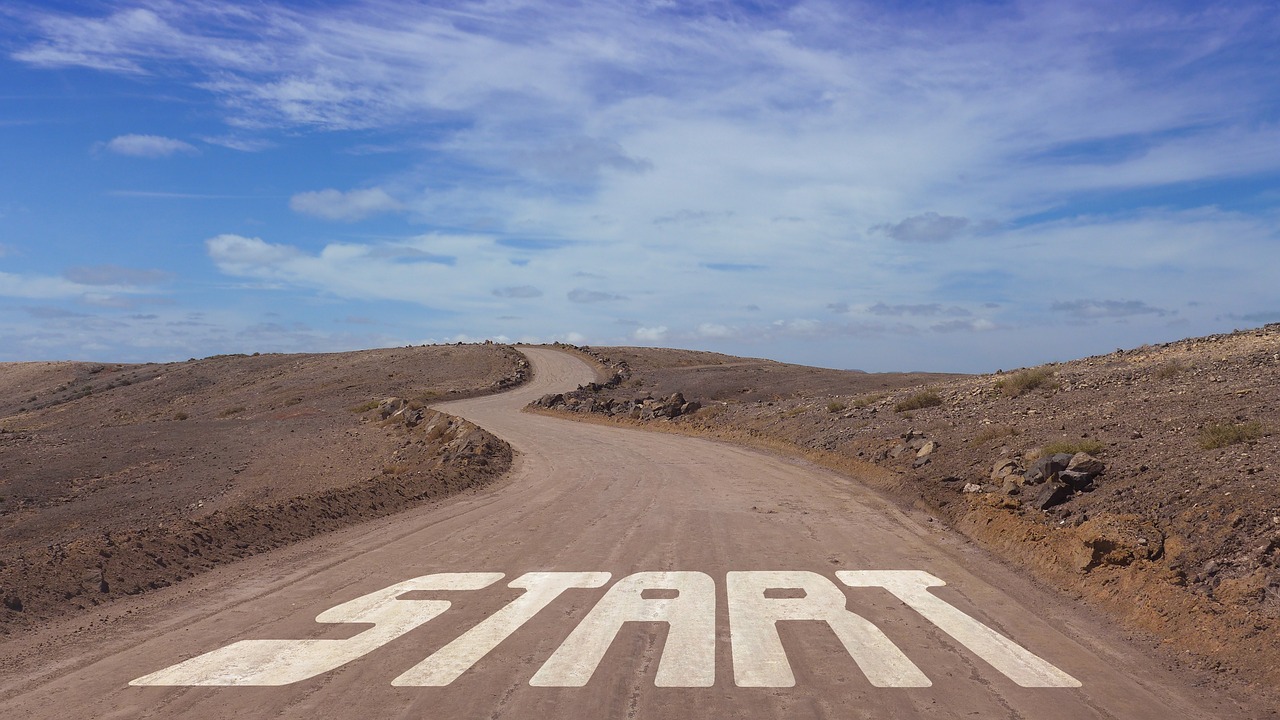 the team to let them know they were taking part in an initiatory ritual writ large (as well as a hypersigil, but we’ll get to that later).

‘Initiation’ may be a funny old word. But words are ‘funny’ in of themselves; each one carries both meaning(s) and baggage.

But in its earliest Latin form, initiation is simply the beginning of something, and when it comes to Hellier, I think the better question to ask here is “initiation of *what*?” (rather than “initiation of/by whom?”).

It’s easy for me to come along after the fact (and away from the intensity of the Hellier Project), and act like this stuff is obvious. But things like this often aren’t obvious when you’re in the middle of them. It’s only afterwards or with the aid of outsider perspective that they become so.

To my mind, it’s the tones revealed during the Estes Method experiment with Dana and the talk of the door/gate during Karl’s trance session that make the best sense for the ‘underlying story’ of what was going on. Because in my opinion, the ‘initiation’ is initiation in the oldest sense of the word, and the beginning the kind of beginning brought by the opening of a way between.

Gates and doorways are symbolically rich structures, creating both liminal spaces between that are neither here nor there, but also delineating axes wherever they are constructed. What remains behind a closed door is always a mystery until it is opened, and what may lie on the other side of the door/gate/portal is not explored as fully in Hellier as it perhaps should have been. There is also little in the way of discernment with regards to the spirit contacts made, but that is another matter. 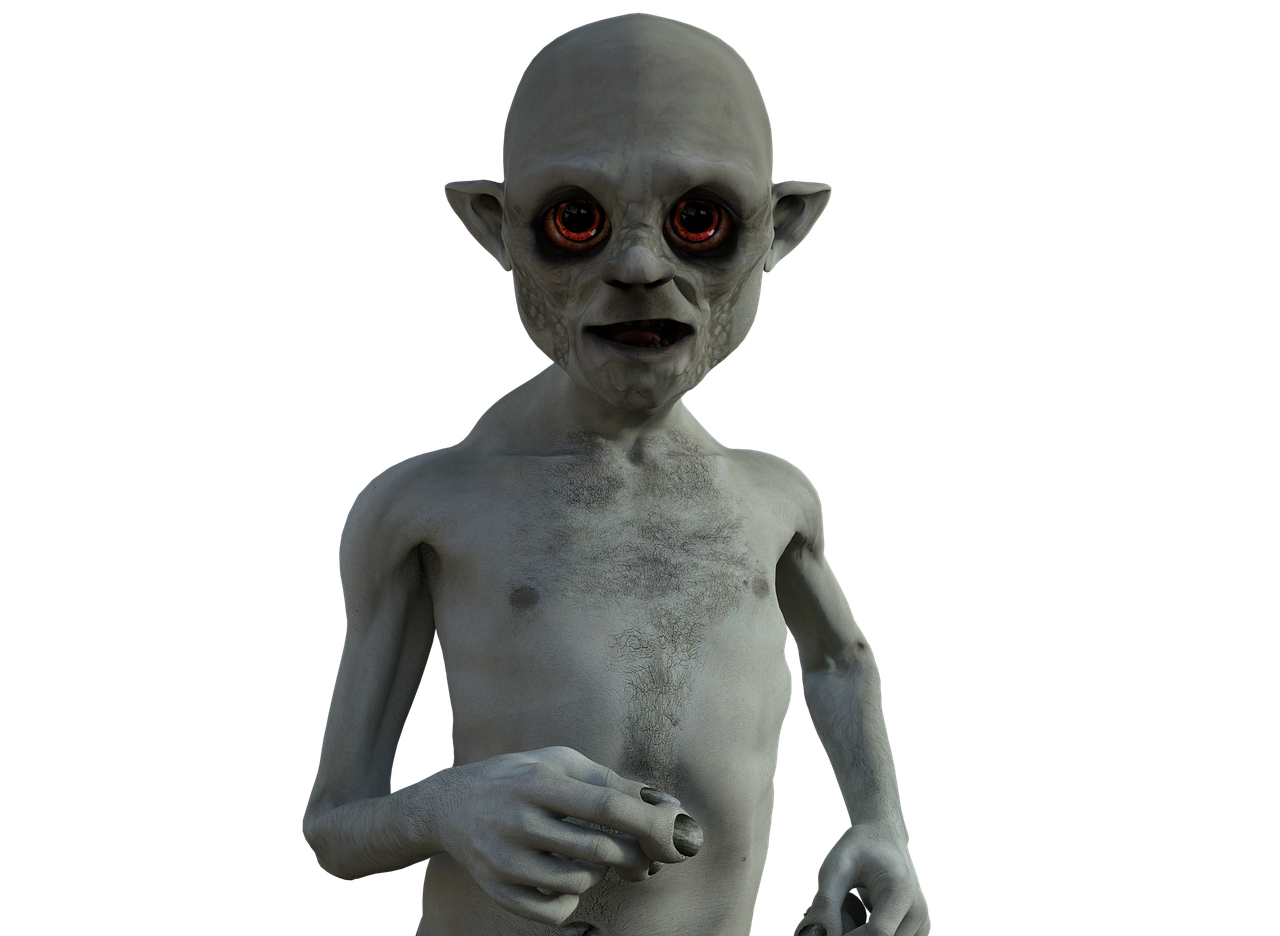 For my own part, I find it curious that the residents of Pulaski county (the location of Somerset) are so well-represented in the local mental health institution, and I see a parallel here with the delusions associated with the more mental symptoms of elf affliction recorded in the Old English magico-medical journals. That’s not to say they are what we would call elves (although some of their style of communication as relayed through Connor, with their use of color and weighty words, did remind me of some of my own experiences communicating with elves). However again, there is no way to know this.

Initially, Hellier has something of a Missing 411 feel to it. There is that paranormal Rorschach test vibe(as Joshua Cutchin would put it), however as the series goes on, the alien hypotheses are gradually abandoned (or at least the interpretation of what aliens are, modified). By the end of the series though, we find ourselves very firmly among the otherworldly as opposed to the children of other (extraterrestrial) worlds.

The Tunnel Rat, the Hound, and the Abyss

Also of interest here is the Terry Wriste thread, with the “UFOnauts” and Thelemic gematria angle. Terry seems to have played into the Orion/Sirius rivalry uncovered by Greg, hunting down non-human entities through the 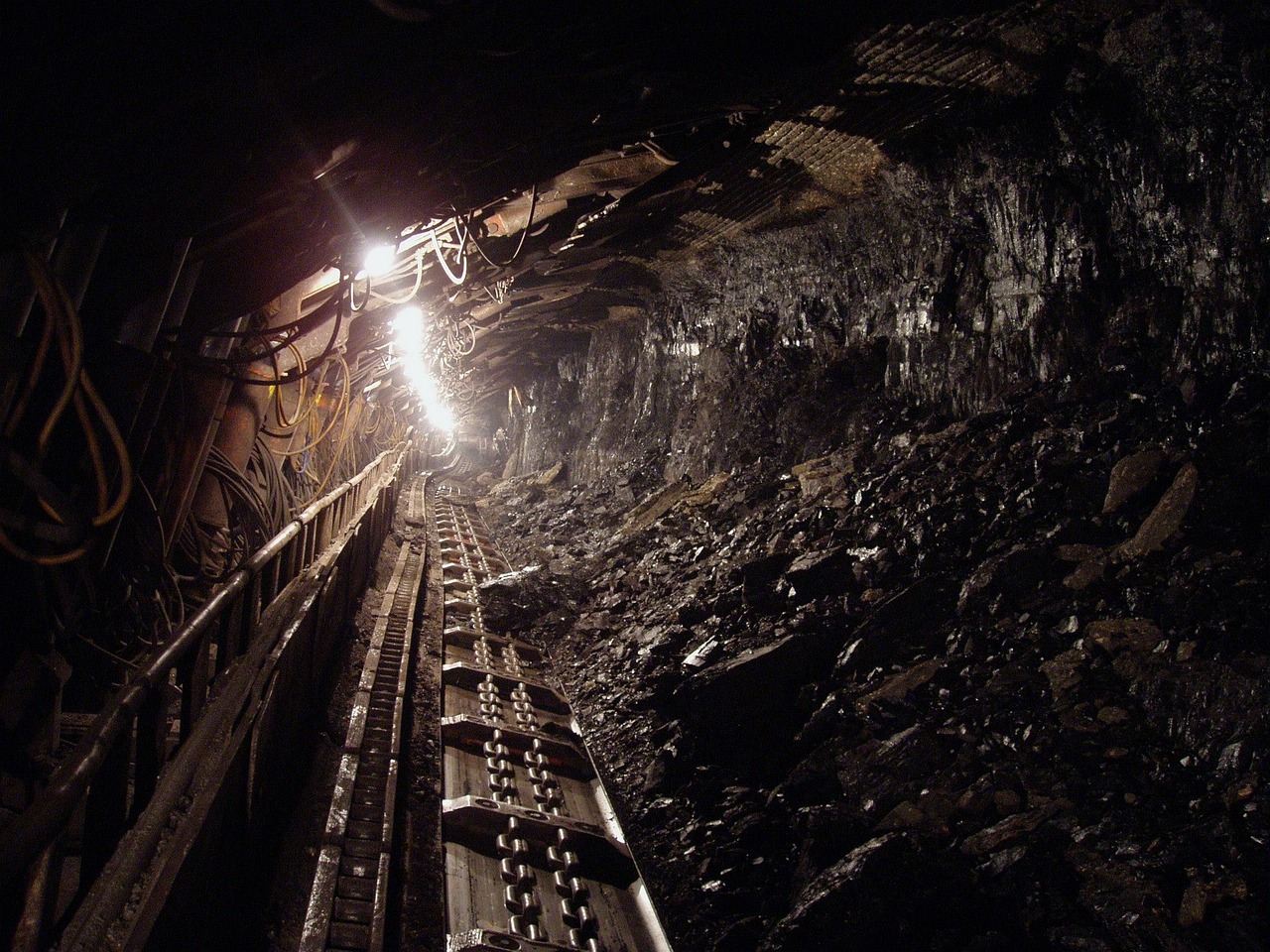 underworld of the US as he had when working as a ‘tunnel rat’ hunting Viet-cong. His performance of the Star Sapphire ritual (as well as the blue star balloons that showed up), is quite fascinating when considered from this perspective.

The Star Sapphire ritual is quite interesting on a number of levels. But the most curious to me is that the Thelemite commentary I’ve read suggests the *purpose* of the rite is something of a mystery. I am not and nor have I ever been a Thelemite and so I am very much spitballing outside of my wheelhouse here. However, from my completely unqualified view (and a few hours reading commentary), it looks like a possible method of ‘bungee jumping’ into the ‘abyss’ or somewhere else (I don’t know, because again, not a Thelemite) depending on which signs are made during what I would call the ‘cosmos recreation’ section of the rite. If this interpretation is true, then I have to wonder what Terry Wriste was doing and where he was metaphysically bungee jumping to.

Or perhaps not? From all accounts, Terry seems to have never left the tunnel rat life behind.

In the final episode, the team receives a major breakthrough in the form of Connor cracking the numbers that Terry gave them and that were previously believed to be coordinates. Instead, Connor reveals this mysterious series of numbers to be a chapter and verse reference from Crowley’s book of the law:

“Lurk! Withdraw! Upon them! this is the Law of the Battle of Conquest: thus shall my worship be about my secret house.”
Book of the Law, Ch. 3, Vs. 9.

This is something which Tyler quickly recognizes from Allen Greenfield’s book Secret Cipher of the UFOnauts and more specifically, the chapter believed to be written by Terry Wriste himself.

’11. How to Defeat the UFONaut Body Snatchers: The Law of the Battle of Conquest’

Here, Terry details (as the chapter title suggests), intelligence gained from communication with a spirit called Kyla (apparently of Procyon), and ways in which the ‘UFOnauts’ might be countered. These methods are both magical as well as physical:

‘Carry to the Alien Nest the Law of the Adepti and the Knowledge of the Portal and, as Andrews puts it, “ …in the Golden Dawn Enochian system, the Great King of Air is the appropriate intermediary to be called upon as a benign go-between in negotiations between Earthlings and extra-terrestrials.” The Great King of Air, in the Enochian Language, is called “BATAIVAH” and is invoked by the 2 = 9 Grade Opening in the System of the A.A. All Adepti know this. But a 9mm pistol in your pocket wouldn’t hurt either. ‘

This chapter also contains mention of the Star Sapphire ritual, of which Terry 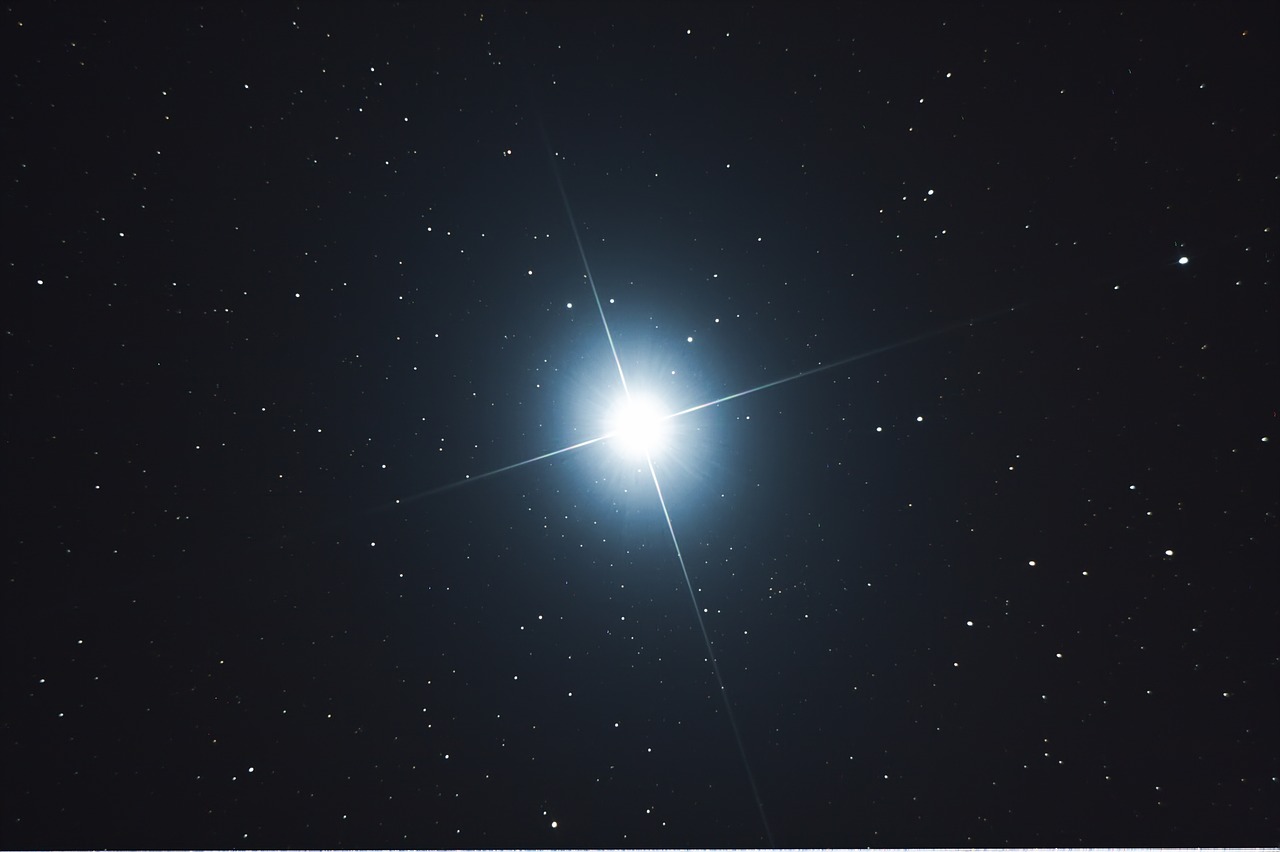 ‘The ritual, called “The Star Sapphire,” is the revelation to the initiated of the key Secret of the magick of the conquest of the universe.’

The imagery of the blue star follows the team throughout the course of the investigation too. Allen Greenfield connects the blue star with Sirius (the ‘dog star’), and the team notes a sense of animosity towards dogs in particular from the kinds of beings possibly resident in the caves. Animal deaths  and especially those of dogs seem to be quite common in areas where certain types of paranormal activity is taking place. As a ‘tunnel rat’ that seems to have continued to hunt ‘UFOnauts’, there seems to be something very ‘hound of god’ about Terry Wriste and his continued hunts down in the dark, subterranean parts of the earth. I will be curious to see if Terry makes further contact with the team and what his feelings were on the ritual that was performed.

While watching Hellier season two, I found many threads that were all too familiar to a number of witchy types in my friend circles.  The themes of being guided to incredibly effective new (old?) magic,  star lore, appearance of Michael in relation to otherworldly beings (accompanied by similar possessory traits to those I have witnessed  IRL), and the deep deep roots of the beings involved, are all things I and my friends have encountered over the course of the past three years. I don’t necessarily track the green man history the same way as Greg does, but many of the beings who have shown up in my life since the otherworldly started to become more present are of similar ancient provenance (I believe). I see their faces in the ancient cave drawings of places like Lascaux as clearly as Greg did his.

Finally, there is the question of the show itself as a hypersigil, and the wider effects of putting something like this into the world.

Ritual is experienced on multiple levels, depending on the role played by each participant. Dana, Greg, Connor, Karl, and Tyler may have actually done the ritual in the final episode, but I firmly believe that rituals do not simply exist in one layer of time. A ritual is a layer of ‘law’ or story being set down in the well, and every successive repetition only adds to the continuity and strength of that ‘law’ or story. Even as spectators watching after the fact, the emotion and energy we put into watching the ritual adds to the layers, and in doing so, strengthen the story being told.

Which makes it important to understand the underlying purpose of the ritual if we are to participate in this way.

I don’t think any of us will ever know for certain what the real initiation was during the ritual that was Hellier 2. But for me, it will always come down to tones being played in a liminal cave and a gate, and as a proponent of what might be termed ‘restoration’, I was fine with that.  Ironically, if I’m right, the ‘restoration’ effort may have gained a huge boost in the accessible nature of the Hellier Project. Fans are already stocking up on investigative equipment and beginning to make use of ciphers and other tools shown in Hellier 2.

As a final note, I write this with my not-yet-literate child by my side (she’s just getting over a nasty bug). It is, at least at first glance a peaceful scene. The day outside is bright and trees still blaze with their late-Fall colors. But I cannot help but notice the Rapunzel my daughter is coloring as I type.  Unlike myself, my daughter is enamored of all things pink and princess, yet her Rapunzel uncharacteristically has a green face and she’s colored the once-pretty eyes into round, purple pits.

What was it Karl said in trance about those green men again?