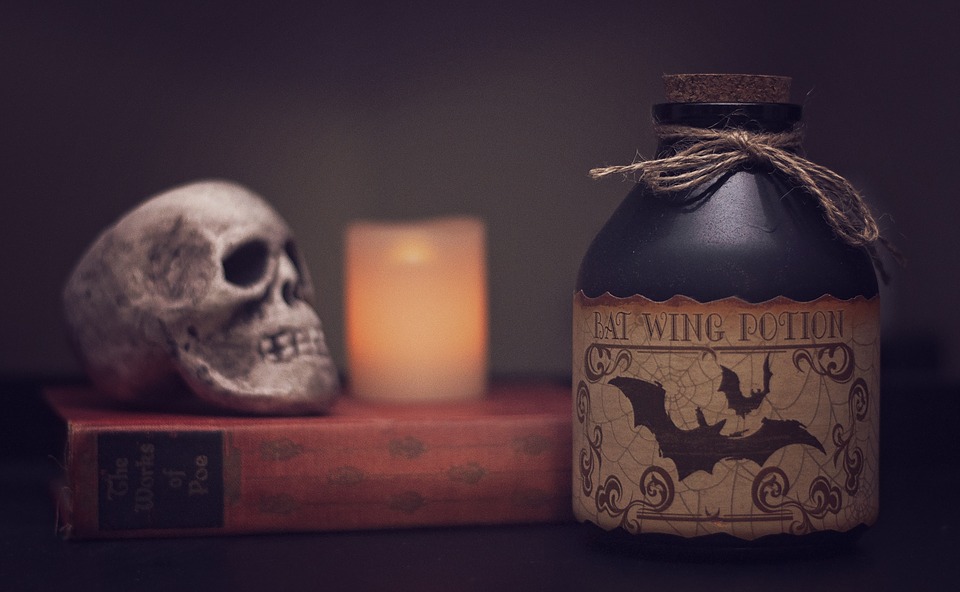 The Perils of Hyperbole and Hex

It would seem that my last post confused a few people with regards to my position on hexing. Apparently satire is not so easy to spot in the age of fake news, regardless of how many hyperbolic statements are included, and I apologize for that. Judging by the comments, some people were so angry they didn’t even make it to the end of the post before exiting, and so didn’t see my final word on the matter.

But maybe that’s to be expected. This is one of those subjects that gets people’s backs up no matter what ‘side’ of the debate they fall on, and it’s been that way for as long as I can remember.

There are a lot of reasons for this depth of ire, and a lot of layers here to dissect. From what I’ve seen on the anti-hexing side of things, you have the influence of Wicca and the threefold law on the wider community, coupled with what I believe is a genuine desire to be ‘good’ in many people… and perhaps no small amount of identity politics. There are of course other reasons both philosophical and theological to take into account, but they all essentially boil down to this idea that if you hex, then you will have some kind of negative return on it as a kind of punishment.

As someone who is not so much pro-hexing as just views it as yet another tool in my magical toolbox, I have a disdain for others acting as though their ethics and their way of seeing things is the one true way™, and that anyone who doesn’t agree isn’t a ‘real witch’ ™.

Listen, if you are someone who believes it’s wrong to hex, then all power to you. That’s fine for you, but when you start trying to tell others ‘how things are’, well then you really have to ask yourself what the difference is between yourself and the Christians who are convinced that we all worship devils. Because if you’re really going to get into that one true way mindset, then eventually you’re also going to have to address the matter of who is ultimately right.

The Problem of Morality in Witchcraft

Witchcraft is a path of moral relativism, for there is no morality inherent in Witchcraft other than that of the Witch him/her/them self/selves. Even when people claim to take their morality from their interactions with the Other or the Earth, there is still relativism there because it’s one thing to have an interaction with the other, but we all perceive and process our interactions differently. Sure, we all usually get the basics down the same, such as “I was walking down the street and bumped into Gavin and Sue”, “we were stood outside the supermarket and chatted”, and “Gavin had to leave after a while”. But when we get into the finer details, that’s when we see the differences in interpretation. Sue may say that Gavin seemed like he was being a bit short with everyone but the narrator may think Gavin was just being his usual self.

These differences are further compounded when we move into the less tangible realms of trance and Otherworldly experience, and while a common ‘gist’ may come through to multiple people. Those multiple people may process and interpret that gist very differently. And that’s even before we get into the matter of just what the Other you’re dealing with considers to be moral vs you as a human continuing to live lawfully in human society. It’s hyperbole, but taking morality tips from a bunch of redcaps (should you survive the experience) is likely to land you in jail for murder. See what I mean?

The Other Side of Hex

For me, it is in this consideration of the Other where the whole concept of a cosmic force that punishes baneful magics really falls down. After all, how often do you see stories of fae folk in which the ‘threefold law’ or karma, or whatever name you want to apply to that force fucks them up for cursing humans? I’m yet to find any.

And before anyone says “that’s different”, from a historical perspective it’s really not. In fact, the symptoms of a curse by human witch or fairy were so similar that in Irish culture the source had to be diagnosed by a kind of specialist (1). It is a theme in both Irish and Germanic cultures that witches derive their powers from the Other – including the power to curse (2). In the Germanic iteration of this theme, witches received the elfshot (curses) that they shoot or fire at other people from the elves (3).

So for me, I don’t see how a threefold law (or similar) can exist within any worldview that includes the Other Crowd in any kind of a meaningful way. Because if cosmic law be cosmic, then surely it applies to every being within the cosmos? This includes the Good Folk, and you can hardly separate the Gentry from the Witches.

Layers of Action, Layers of Magic

Another reason why this view of negative magics coming back to get you because of (insert term for force here), is because of how magic works within a Germanic context (which as my internet name suggests, is where I take most of my magical cues from). Because of the Germanic view of time, there are essentially two different kinds of magic within Germanic culture: temporary and permanent. To avoid getting into terminology, what we do in the now sets down layers in our past, and those layers accumulate over time into themes or patterns that keep repeating through our lives as we go along (4). What we put down now, affects what we’ll have to work with in the future. Makes sense, right?

This ‘mechanism’ is something you see at play in the descriptions of magic in the sources. Some forms of magic, like the spun magic that raises a storm or ensnares a mind, only last for as long as they’re being performed (5). As long as that action isn’t calling up a storm that sinks a ship and results in the deaths of people you hate, then these don’t have to be deadly. Sometimes, if you find the right place to ‘tweak’ with a single action, you can still cause some long-lasting woe for your enemy, but it’s usually not too difficult for them to fix should they discover that point of manipulation.

However, we also see the use implements such as the tablet weaving tablet (which I discuss more fully here) imbued with the intent of passing off the creator’s bad luck to a hated person. With every turn of that tablet, and every row woven, that would be a little layer being put down, a little more worked, a pattern created in the victim’s life (which would also potentially compound itself further as more and more bad things happen to the victim setting down their own layers). That would eventually grow and become something that lasts, and any attempts to change it would take a lot of effort and time. It may not even be possible for the victim to get out from under that.

With any of these magics though, you have to keep in mind that not only is the working of whatever you’re doing changing what is laid down for them, but also conceivably for you too – unless you find a way to set something up to work continuously in the background (also a popular option). But the woman with the tablet weaving tablet would have had as much time as she spent working that curse set down as layers for herself just as much as they were for her victim (albeit from the opposite side of things). What that could have meant for her is less clear than what it could have meant for her victim, but it didn’t have anything to do with a cosmic boogeyman.

It was the long-term accumulated consequences of her own actions, and in that way, baneful magics (or any other type of magics) are no different from anything else we do in life. No matter what we do, whatever action we take, we will always have to eventually face those long-term accumulated consequences. This can be as mundane as drinking too much alcohol or making bad financial decision after bad financial decision (especially if you’re not on the luckier end of the scale – but we’ll get to that another time).

Another theory that I see batted around about cursing is that in working with those more negative energies, you can’t help but get them on yourself like some kind of sticky turd. However, in my experience that isn’t nearly as much of an issue when you practice purification rites after doing your workings.

Ultimately though, this is just how I see things and the reasons for why I see them as I do. As I said earlier in this piece, cracking out the nasties is just one tool in my magical toolbox, and it’s a tool that is extremely nuanced in its use. Because of this nuance, you have to learn how to curse just as you have to learn how to heal – because if there is one thing that is truly dangerous about cursing to the practitioner, it’s screwing up your working. However healing is not without its risk either, but I’ll save that for the next blog.

Either way, none of us are ever going to change each other’s minds, but if there is one thing that we should all fight to preserve, it’s that there is no one true way in Witchcraft. Because even with the best of intentions, a person who believes they have the ultimate handle on the truth can do some truly evil things.