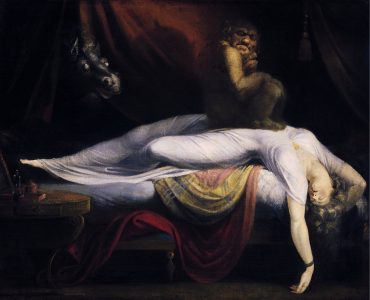 Sometimes magic is fast and dirty; the kind of magic that’s worked on the fly with whatever is to hand, with words that tumble unbidden from lips and adrenaline pumping a wild fire through the blood.

But other times though. Or perhaps most of the time even, it’s a far more subtle and well-considered thing. The planned, the plotted, the consistently performed over time to bring about a specific goal.

And then there is dream.

To work with dreams is to blur the lines between waking and sleeping. It is the realization that sometimes, what is seen in dream is another kind of reality – a middle ground where human and the Other may also meet, create bonds, and learn. In some ways, dream makes it easier to do these things, to have these interactions and have these experiences. However, sleep also makes it harder, pulling on the mind like a recalcitrant toddler who just wants to go on the playground slide over and over again.

The first challenge is to actually get to dream, to take the right path at the fork in the road where dream and

trancing-while-asleep part from each other. I’ve found the latter mostly only comes when doors must be beaten down and messages gotten across, and the day afterwards is always marked by the rough dragging of exhausted limbs. Whether you are awake or asleep, trance is work. Most 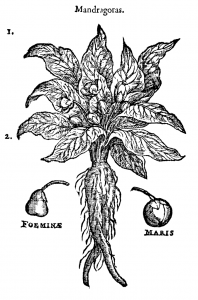 people don’t see this fork or experience anything but dream. But for those of us that do this kind of work, it seems to be the case that the more you do the work, the more that fork in the road is revealed.

When the first challenge is passed, and the path of dream is under foot, the next challenge is to have a meaningful dream. We all dream, but not all dreams are created equal. Not all dreams are messages or interactions, and far too many are lost in a waters-of-Lethe-like forgetfulness. There are ways to increase the odds of dreaming meaningfully – especially if you wish to encounter the Other – but you’ll need to be skilled in other areas too lest you have that interaction but sleep binds your mind too tightly to react appropriately. Sigils or signs associated with those you wish to speak to under the mattress or pillow can help, as can offerings to the right beings. Entheogens can also push you further along that road and give you more profound experiences, but again, caution must be taken.

And what of the skills required for such things?

The Skills of Dream

The ability to move consciously in dream, to interact deliberately, and to choose – these are all necessary if you wish to work in this place. The good news is that most people can learn the skill of lucid dreaming. But like meditation, it’s a muscle to be developed over time.

The two mainstays of magical work are important here too: journaling and meditation. Both practices increase awareness of self and require discipline. This makes them both important components of developing the ability to dream lucidly. Through the journal you’ll identify wider themes, develop a record of what worked for you, the factors that improved or worsened your ability to dream, and most importantly, record any interactions you have. Especially the promises you make. (Please, always be sure to record the promises you make.) Through meditation and the myriad of exercises involved in developing your meditation practice (especially mindfulness), you will gain not only the self-knowledge to identify what state you are in, but the muscles to make the transition from automatically reacting to interacting. Through the discipline involved in both, you will build on your will power.

Sometimes though, no matter what you do, your dreams will be brain junk. Just like not all dreams are created equally, not all times or places are either. Factors in your life may also affect your ability to have these experiences. Just go with it, sometimes that’s just what you need.

Over time, your journal will become your friend and may come to hold rituals, secrets, symbols, and messages – all gotten from dream. Your dreams will increase in intensity and vividness, and you may find certain themes repeated in dream that signal the transition from regular dream to dream of a more magical sort. Sometimes these themes are mundane but out of place (e.g., taking a shower in a strange place, walking through a public place and passing the same three people looking at you), and other times they’re most definitely strange (e.g., a flip of time of day/season/weather that feels more like a huge shift rather than anything random). You will meet beings who are not of dream but using it as common ground. Some of them may even become allies, but have a care – this can be practice at the knife edge.

In 1919 John Brodie Innes, a clergyman friend of Charles Darwin recorded the story of two friends who fell out over a shared romantic interest. After the transgressor refused to apologize, the man who felt slighted challenged the other to a duel – a duel to the death. However, a week before the duel, the man who made the challenge, called Innes to his 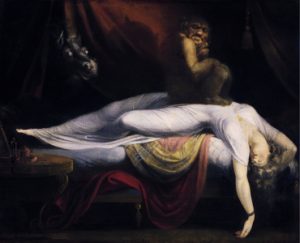 home. He’d had a dream about the duel and seen himself get wounded in the face before killing his opponent. To Innes’ amazement, there was a large red welt upon the man’s face which he claimed was dream-gotten. Shortly after that, the other man also called Innes to his home with a strange story of a dream. In it, he had seen himself killed and was subsequently more than happy to issue an apology.

And then of course, there is Sudden Unexplained Nocturnal Death Syndrome (or SUNDS)to take into account. Although it is extremely rare among people who are not of Southeast Asian descent – especially those who live within far more traditional cultural contexts – it is significant that for many Southeast Asian cultures, the deaths are usually attributed to spirit attack. Many Europeans had a similar explanation in the past too – the word ‘nightmare’ for ‘bad dream’ once signified a terrifying nocturnal spirit that would kill the sleeping.

These are disjointed examples, but hopefully they serve to illustrate that this is no ‘safe’ alternative to going into the wilds and encountering the Other. The beings you encounter in dream, the ones who stand out from the normal

dream characters, who feel more real and significant and solid, and who guide you to places beyond your normal dreamscape, require no less caution than in any other setting. Don’t eat the food you are offered that looks all too perfect for where you are by the people who look out of place and yet so perfect. Especially if you find yourself in a venue that seems particularly ‘catered’ to you in an impossible ‘Santa-came-early’ kind of way. Don’t say yes to bargains you cannot keep in waking life no matter how logically they’re presented to you, and don’t ever think that everything will be ok when you wake up again or that what you did and said in dream will be automatically forgotten. Plot spoiler, but they’re not. Things from dream will follow you and will demand you pay your dues if you promised them. Over time, if you continue with this, a landscape will be revealed to you with places you will see again and again. Over time, you will see the same beings, and even sometimes the same objects. You may even carry objects through multiple dreams. Dream, when you work with it, loses much of its randomness and gains similar rules to those of the Otherworld. The folklore of times past can serve as a guidebook for us here too.

If this is a form of practice that intrigues and interests you, be sure to study and practice hard to develop those magical skills that you use in the waking world. Grounding, centering, banishing, shielding, licenses to depart, casting, creating space for magic, summoning – all of it, all the stuff I’ve missed out here. Study and practice because magic is a language that works far more overtly in dream than the waking world. In dream, your ability to protect yourself is far more pressing and the consequences far greater than in waking life. Lastly, learn how to make the quick exit for when you’re outnumbered or overwhelmed, because some day, it could save you a whole lot of trouble.