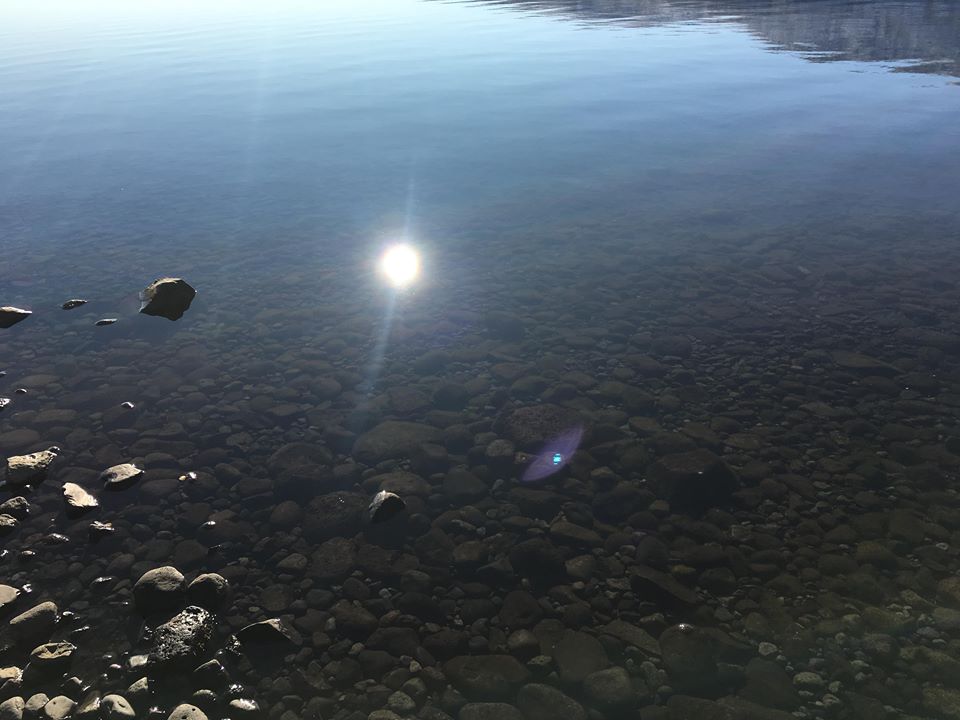 Yes, you, my fellow North American Heathens/Pagans/Witches. I’d like a word with you about a few things. You see, I’ve had a lot to think about of late, and I think some of you all really need to hear what I have to say.

First of all, if you’re not already doing it, you need to be going on pilgrimages. Speaking as someone who’s been in Heathenry for a while (over twenty years, fml), we don’t really have a culture of pilgrimages, but we should. Now I’m admittedly biased about this shit seeing as I recently co-presented the Land, Sea, Sky Hiddenfolk, Witches, and Elves tour in Iceland with the incredible Morgan Daimler, but hear me out.

Making the Case for Pilgrimages

When we think of pilgrimages, I think we tend to think of them in terms of

going to a place that’s considered inherently holy in a way, and trying to gain the favor of some numinous being. And don’t get me wrong, pilgrimages can be that. But I don’t think they have to be that (or at least that’s not where their greatest usefulness lies for us). Sometimes, pilgrimages can be a way to experience things related to your worldview that you wouldn’t otherwise experience in your normal environment.

A Tale of a Few Cultures

Let me tell you a quick story to sort of illustrate the point. The second time I visited the United States, I went to a large East Coast Heathen event where I facilitated the construction of a fire labyrinth. When we first went to the planned site and started to discuss the logistics of construction, we found

ourselves being mobbed by mosquitoes.

A common enough occurrence, you say?

True. But none of them were actually biting, and so I took it as a sign that the local spirits of the land required some assurances and payment in order to proceed without us becoming walking clouds of mosquitoes while we worked. So I got some hard cider and addressed my words towards the woods, explaining the entire process for finding the stones we would use to mark out the labyrinth, the contained use of fire that would not burn the land, and how we would put the stones back in the forest when done. Then I poured out the offerings and the bugs left us alone.

To me, that was nothing – that small act of explanation and offering would have been a baseline response in so many other places that I’ve inhabited. However, it simply hadn’t occurred to my American counterparts to do that, or even that the wights would even be a factor to be taken into account. This led to me being introduced as someone who was especially into working with wights for the remainder of the event.

The Whole in the Hole

Americans’ kind of way. (I’m an American citizen now too, so I’m also a stupid American.) I just wanted to illustrate how far they tend to be from the minds of modern American Heathens/Pagans/Witches, despite the fact that the existence of the numinious Other forms a key part of the historical worldviews of each of those groups. Even worse, where people do profess belief, it’s often not in a concrete way. Gods are easy for Americans to grok (as a culture we’ve a long history of god(s)-bothering) – ancestors too to some degree. But the Other is hard.

There are some good reasons for this, but to boil it all down to the most TL;DR explanation ever: Early colonists saw the colonization of America as a kind of religious crusade in which they had to “win” territories from the devil and “cleanse” them of the Heathen. (Don’t believe me? Check out this book, and the rantings of Cotton Mather here.) America was to be a covenant nation, given by god and kept for a long as Christianity held sway. This is the society most of you grew up in, and it is one that not only drove out the spirits in many places, but still lacks nuance when it comes to viewing those beings. If it is not dead or godly/of god, then it is demonic, and here is where we come to the crux of our problem.

There is no cultural framework within mainstream (predominantly white) American culture for interacting with the non-dead and non-godly. So is it any surprise that the Other remains and afterthought for many Heathens/Pagans/Witches here?

Yet I believe it is the missing piece of the bigger picture, and I think many of us feel it or re-enchantment would not be a topic within our community.

This is where going somewhere that you know to be inspirited (by reputation) comes in. I appreciate that not everyone can afford to go to places like Iceland, but pilgrimages (or perhaps more accurately ‘retreats’) don’t have to be to places that are considered particularly connected to Pagan or Heathen traditions – they can be far closer to home. (Do we really think all those mysterious National Park disappearances are purely coincidental?) Take some like-minded friends! Take some apotropaics (bells, black salt, iron, wolf bones…you know, the usual)! Make a weekend of it!

Go out there and experience the Other that peeks out of rocks, invites you into ‘move-in ready’ holes (don’t accept though), throws disembodied voices, moves your shit around, and just generally makes itself known.

Do that until you have this kind of an experience,*then* let’s continue our conversations about the ‘re-enchantment of the world’, but instead let’s call it ‘restoration’, and ‘finally getting our boots on for a spiritual war that’s worth a crap’. (Because what do you think all that Christian Spiritual Warrior crap has been doing anyway?)

The more I think about it, ‘re-enchantment’ as discussed in modern paganism sucks. (You can find a good example of how some modern Pagans interact with the concept here.) I mean, it’s not inherently bad but I think there are some definite issues with the current discourse:

Firstly, the world is viewed along an axis of enchanted vs disenchanted in this discussion. This suggests an endpoint at either extreme of the axis and I don’t

believe that to be the case (for reasons I will go into).

Secondly, the predominant focus of re-enchantment is on human perceptions. There is no partnership with the Other here in this ‘re-enchantment’. It’s about humans rediscovering the enchanted nature of their local environment.

Thirdly, it’s all well and good to ‘re-enchant’ your perceptions of your local environment, but what if you work on that and there’s fuck all there? You may perceive the Other just fine when away from home, but what about when your local area is just…empty? Or how about pissed?

This is why restoration needs to be the goal as opposed to re-enchantment – that is just a step along the way.

So what should restoration look like? In my opinion, it should involve inviting the Other back from the Outer yards, creating sanctuaries for them on our lands, building relationship, and giving them greater footholds among us. It should involve facing up to our collective shit as a culture and making amends for past sins.

I’m not going to lie, it’s not always going to work out. Some folks are likely to have shittier experiences than others with this. Some of you will have spirits that have absolutely zero interest in working with you, and will likely want to skullfuck you into next week. Those spirits have always existed, the same can be said about humans.

It’s time to stop freaking out when the Other makes itself more known, and it’s time to stop talking in ominous terms about the ‘Otherworld bleeding through’. Because this is, and always has been the fight in this land – the back and forth of Christians driving out the Other (both Human and non-Human) in order to maintain their damned, blood-soaked covenant. Cotton Mather knew it, as do his modern Dominionist counterparts do. We just need to finally get on board and start fighting our corner.

”Wherefore the devil is now making one attempt more upon us; an attempt more difficult, more surprising, more snarled with unintelligible circumstances than any that we have hitherto encountered; an attempt so critical, that if we get well through, we shall soon enjoy halcyon days with all the vultures of hell trodden under our feet. He has wanted his incarnate legions to persecute us, as the people of God have in the other hemisphere been persecuted: he has therefore drawn forth his more spiritual ones to make an attack upon us. We have been advised by some credible Christians yet alive, that a malefactor, accused of witchcraft as well as murder, and executed in this place more than forty years ago, did then give notice of an horrible plot against the country by witchcraft, and a foundation of witchcraft then laid, which if it were not seasonably discovered, would probably blow up, and pull down all the churches in the country. And we have now with horror seen the discovery of such a witchcraft! An army of devils is horribly broke in upon the place which is the center, and after a sort, the first-born of our English settlements: and the houses of the good people there are filled with the doleful shrieks of their children and servants, tormented by invisible hands, with tortures altogether preternatural.”
Cotton Mather – The Wonders of the Invisible World

Our side in this was decided long ago.

P.S Check out Morgan’s open posts on the Pleiades for similar content on opening things up.  Part One. Part Two.

P.P.S Morgan is fucking awesome and a pleasure to stalk all over a volcanic land.